Light in August by William Faulkner

In William Faulkner’s novel, Light in August, he uses tangential stories to help support the meaning behind characters actions as well as connecting the past to the present, though he also uses it as a foundation for the story to begin. As the story continues, the tangential stories become stronger and clearer to the reader as they describe a single character’s mistakes and realizations.
The many different tangential stories used in Light in August correspond with the contrasting characters in the novel. Miss Burden’s story is one that defines the reasons why she is in Jefferson and lives the way she does. “Calvin Burden was the son…He once cursed him” (241-253). Miss Burden is someone who believes in helping the black race as much as she can because her family has had the “white man’s curse”, just like every other white man. The “white man’s curse” is talking about how the white race is hidden in the shadow of the black society due to the black’s irrelevance. So the Burden’s believed if they help the black race their curse will be lessened, however, it will never be removed. Another part of the tangential story was the fact that the Burden family emigrated from France and moved west before going down south as well, making them outcasts in any city they went to because they were “Yankees”. The Burden’s tangential story opens the eyes of the reader to why Miss Burden helps the black society and remains isolated from the rest of the community. Various of the characters in the book are classified by their ancestry revealing a more racist side of the community making it harder to create a more personal disposition as more tangential stories are told.
Several of the characters are transfixed on their past unable to move towards the future creating the personality they have in the present and Faulkner shows this through the use of tangential stories. Each characters have been connected to their past but the most significant would be Doc Hines, he is depicted as a crazy old man in Light in August but after the reader reads the Hines’ tangential the reason is clear. “’They were living at a sawmill…abomination on My earth’” (373-386). Doc Hines’ wants to still kill Christmas because he is caught in his past. Christmas is the product of the Hines’ daughter, Milly, who conceived a child with a circus man who claimed to be Hispanic when he is truly black. Mrs. Hines believes that Doc Hines became possessed because he was in jail when his own daughter was born. So, Doc Hines becomes a religious fanatic who thinks he is doing what God wishes by “taking care” of Milly’s baby. In the present day he still believes it is his duty to kill Christmas himself because he has not fulfilled God’s orders. Doc Hines is being controlled by his past even though it is present time. If Faulkner had not added the Hines’ tangential the reader would be at a loss. This tangential perfectly shows how numerous characters are controlled by their past even though they know it is the present and there is nothing they can do to change their pasts.
A solid reason that Faulkner included the tangential stories is so he could have a firm foundation for the overall plot of the novel. The story would become an entirely different one if it did not have the background stories of the minority characters. Hightower plays a highly important role in the story, even though he is only a significant minority. However, if he had never been secluded from the community, the story would have a changed ending point as well as beginning. “Gail Hightower Done Damned in Jefferson…that he can’t escape from” (61-75). This is the first of Hightower’s tangential stories that focuses on how he became remote and alone. Hightower and his wife came into town one day because he accepted a preaching job in Jefferson and even though he is no longer speaking in churches, he still preaches to Byron whenever he comes to Hightower’s house. A fixed foundation was set for Hightower along with this tangential story. If there were no tangential stories at all the reader would be at a loss as they tried to figure out what is happening and why it is happening to most of the characters.
Throughout the story Faulkner uses tangential stories again and again to describe three different points of the story, to define a character and their actions, link past events to present ones, and as a base for the frame of his novel. With each tangential story, more is told of the outcast citizens of Jefferson making the outcome of the story more powerful than if it were all told with one standpoint in the present. An eccentric, well-written story comes down to a final factor; one’s past can ultimately change the future for everyone. 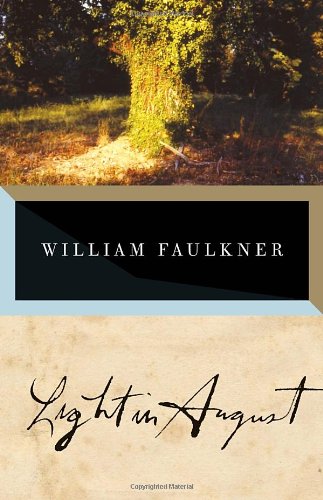