Elizabeth Gaskell’s Mary Barton uses literary techniques point of view, diction, and characterization to describe her social commentary about a poor man, Wilson, asking a wealthy man, Mr. Carson, to aid a friend. The poor need the money that the wealthy have but in turn the wealthy need the poor to do the physically harder jobs. They need one another even when they don’t realize it. In the passage from Mary Barton it is shown through the different aspects as it is taken apart and pieced together again.

The point of view is mainly third person omniscient because though it focuses mainly on Wilson and his journey in also has some of the other characters thoughts and actions as well. The merchants are “lazily taking down the shudders” because “trade was so flat” which causes them to close early. Then at Mr. Carson’s home the “bustling” servants did “not feel hungry themselves” therefore never thinking it is possible that someone is “craving” for the “mixed and appetizing” foods. The maid that was looking for “a bit of gossip” didn’t acknowledge Wilson but started into a conversation that had just begun to take place. However, then she left “to attend to the young ladies’ bell” because the wealthy are more important than anyone else. Wilson sits there watching all this as an outsider, who is not once mentioned by the servants to each other or spoken to. His status as a poor man is signified in this passage as he sits there waiting, seemingly alone, for Mr. Carson.

All of the diction emphasizes Wilson’s surroundings as he comes in through the “kitchen door” and not the front door. The “numbers of utensils hung around” also with the “glittering tins” near a “roaring fire” that “burnt merrily”, Wilson has never seen a kitchen with so many “utensils” and “odours” filling it. With the “cook broiled steaks” to the “kitchen-maid toasted bread” baking as some “coffee steamed upon the fire” all were so much to Wilson due to his “fast” that had been going on since “dinner the day before”. All these expressive words create the sights and smells that the reader uses to create a visual of the kitchen. So, when Wilson begins to “yearn for food” the reader is able to feel his “craving turning to sickness”. Even out on the streets where the “miserable-looking women” were starting another “day’s begging expedition.” The words produce different textures that the reader is able to pick out and piece together the scene that is playing out, making the passage spark to life.

Characterization is created in different ways from indirectly telling the reader through bits and pieces of views about them or through directly saying in detail what they look, act, or sound like. The hierarchy at the time stands out when the passage is broken down. Wilson had “two miles to walk” before arriving at Mr. Carson’s “good house” that was “almost in the country” describes that Wilson is a determined man who knows his place among the poor people who reside far from the wealthy. While Mr. Carson and his “lavish expenditure” suggest that he is a wealthy man who owns all the servants that do all the tasks that he does not have to do himself. When Wilson sees the “pictures and gilding” he is “tempted to stop” but that would “not be respectful”. These set the wealthy and poor even farther apart socially and the amount of freedom.
Gaskell’s social commentary comes out at the point of characterization because she defines the huge differences in the points of hierarchy. The servants are even higher than the poor due to their exclusive jobs as working inside a wealthy man’s home. Nothing in the passage even suggests that Mr. Carson is even at his home. All these imply that the wealthy don’t care much for the poor. 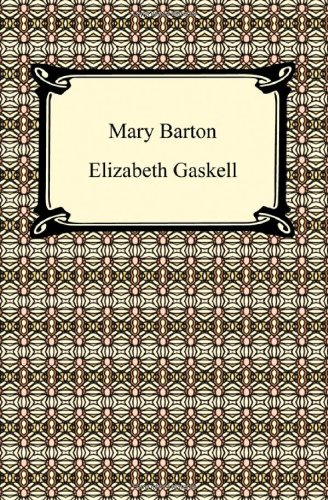 
Buy from Amazon
The author's comments:
This was a timed essay that I received a B+ on. I did revise it and this is the finished piece.
Post a comment
Submit your own