In Copper Sun, Amari, a ­15-year-old girl, wishes for just one thing, freedom. Amari is kidnapped from her village and is forced to become a slave. When her family and friends are murdered by strangers she feels like she has nothing left to live for. Amari experiences horrible things no one would want to and has just one thing keeping her alive – hope. When she is sold to a rich white man and becomes his son's birthday present, all she can think about is the day she will be free. She then develops true friendship in places she never thought were possible.

Despite being fiction, this book includes many facts. Draper is the granddaughter of a slave, which helps make the book very convincing. Among her messages are the fact we are equal and no one should have power over another simply because of the color of their skin. Many would agree with Draper's conclusion, which is why her goal is easily accomplished. There are other books that deal with slavery like Kindred by Octavia Butler.

Draper's writing has me begging for a sequel. She divides the book into many parts which makes the book easy to follow. She also is careful to reconnect with old characters so it is understandable. The book has many turning points, which had me jumping to conclusions. Copper Sun is an ­effortless read despite the excruciating descriptions in each chapter.

This book is better than I expected and I'm glad I did not stop reading it. As people say, you cannot judge a book by its cover, and they are definitely right. Although I was expecting a happier ending, I was still satisfied with the book's unpredictable ending. I would recommend Copper Sun to anyone who likes a quick read full of drama and unexpected turns. 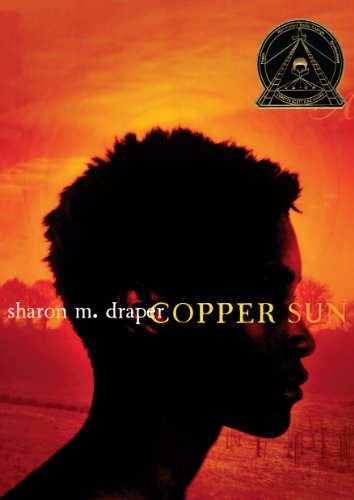