The book I'm reading is Hitler's autobiographical work with emphasis on his philosophy regarding the state, and politics. The book opens up with how one of the most barbarian dictators in the history of mankind thought, and justified his actions. It is known to everyone that Hitler molded the way history books as we see them today, and committed one of the gravest crimes to mankind, but what this book reveals is the underlying fuel that propelled this man. It's his beliefs and perspective towards the German nation that made him choose the specific political path. Hitler writes how the basic fundamentals of politics and society took shape in his mind starting from his very own childhood, and through his youth. His distaste towards parliamentary democracy is openly shown and he proves how such a system has brought upon the degradation of the political body of the nation, and is incapable of doing any good. He states that the basic issue with parliamentary democracy is accountability since it can not be ascertained to a single person 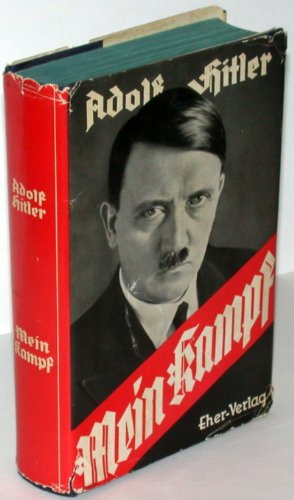 
Buy from Amazon
The author's comments:
It's a really good book.
Post a comment
Submit your own