I am the Messenger by Markus Zusak | Teen Ink

I am the Messenger by Markus Zusak

Markus Zusak’s novel I am the Messenger’s plot quickly intrigues the reader from the very first page. A self described lifelong underachiever, Ed Kennedy gets a very cryptic, mysterious chance to make something of himself by helping others. After thwarting what may have been the most pathetic bank robbery attempt in history, Ed receives an ace playing card in his mailbox one day with three addresses on them. At each location, he realizes he has a good deed to do for the people there, including comforting a lonely, senile old woman. However, Ed soon discovers that this situation is much more complex than he ever could imagine, and that this journey has more to do with himself than the people he helps.

The perpetually average Ed who lives alone with his old, foul smelling dog known as “The Doorman”, longing desperately for a girl who only likes him as a friend, seemed destined to follow in his father’s footsteps of underachieving. As the story progresses, Ed gets more cards with more locations of places to go and people to help. Ed ends up slowly finding himself and what he’s capable of through the tumultuous winter (well, I guess you’d say summer, as the novel was set in Australia) when Ed is “the messenger”. The entire situation evolves into a mysterious, intriguing riddle, as the reader tries to figure out the mysterious plot.

Ed does a tremendous job narrating the novel. Through his inner commentary, the author gets you to fall in love and connect with not only him, but all the characters. You may not seem like you have much in common with the 19 year old cab driver who was described as “Just Ed” (pg. 115) by the woman Ed desperately wanted. Or maybe you don’t think you will connect with the famously frugal, uptight Marv. And you may not think you’re anything like the extremely laid back, docile character of Ritchie. But somehow, in some way, you can connect to each one of the characters. Ed’s character transformation is also beautifully displayed through the novel as he overcomes his feelings of worthlessness and underachievement. Each and every character the reader comes across in the novel demonstrates how “sometimes people are beautiful. Not in looks. Not in what they say. Just in what they are.” (pg. 224) and how “maybe everybody can live beyond what they’re capable of.” (pg. 353).

Author Markus Zusak is no stranger to accolades, as each of his published novels has received awards and praise, being dubbed a “literary phenomenon” by critics, according to his biography page on Random House Inc.’s website. His accolades for I am the Messenger include receiving the Printz Honor for excellence in young adult literature.

Zusak does an incredible job of drawing readers into the novel. Each character’s relatability entices you to the story, while the mysterious, suspenseful plot keeps the reader hanging on every word, desperate to know the mystery behind the messages Ed delivers to the people. This novel was masterfully written; relatable and genuine while being brilliantly suspenseful and ambiguous.

I have only one criticism of this book, and it is simply this; the ending disappoints me. The first 340 pages builds suspense, it ties you closer to the characters and make you crave a satisfying ending, but it doesn’t happen. I did not like how the book ended at all, and I was disappointed that it was such an enjoyable read for almost the entire time, but the very ending fell short of my expectations. This is obviously just one person’s opinion. Many other people may like the ending but I, however, did not.
From beginning to almost the very end, this book keeps you mesmerized at every word, pulling you in and making you excited to turn the page and find out what happens next. It’s nearly impossible to not desperately want to know the whole story behind the mysterious aces and what ends up happening to Ed. This is a great read by a great author, and this novel will make you realize that in some way there is a message for each and every one of us. 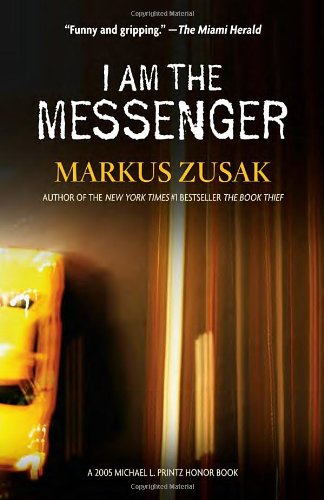