The latest series from YA author Holly Black, best known for her urban fantasy, is an unusual mix of genres. A present-day fantasy noir, centering around crime, cons, magic, and a little bit of romance, under Black’s master narration, becomes an addicting, exciting ride this reader didn’t want to end.

Its set in a world mostly like ours except magic is real and held by a small percentage of the population known as Curse Workers. With one touch, they can change a person’s luck, dreams, emotions, or various other aspects of a person; each worker has a different talent. But since curse working was made illegal in the 1920s, most workers fall in with crime families. Such is the case of Cassel Sharpe, whose brothers and parents are all workers, all criminals, but he himself has no magic. He’s made it his quest to stay on the right side of the law, but he too has committed a crime. When he was fourteen he murdered his best friend Lila, a secret he’d kept for three years.

When the story opens, Cassel is attending an expensive prep school and staying on the straight and narrow, when his dreams start getting crazy and he finds himself on a rooftop in the middle of the night. From there, Black continues throwing in the plot twists as Cassel uncovers the truth about himself, his brothers, and his past. It’s a fantastic thrill ride which will keep most readers on the edge of their seat.
Black is careful to never reveal too much of the plot; even with the first-person narration we don’t always know what Cassel’s up to. This never gets confusing, even with the continuous surprises that pop out from plot, and keeps readers excited. Though the plot keeps moving along, Black’s world-building and characters always get a chance to shine. The movement for workers’ rights feels like it could be happening in the news right now, the characters so real one feels as if they could be passed on the street. Even the supporting cast is so well drawn its delightful to spend time in their company.

The series makes no secret of its noir inspirations. Cassel mentions watching old movies in his basement with Lila, and his love interest is a classic femme fatale. As Cassel must choose sides, Black turns the noir moral dilemma into a coming of age story. With all of these elements combined into one enchanting narrative, most if not all readers will find something to enjoy.

Each book features a myriad of challenges for Cassel to face, each building on the other. The series, so artfully assembled, never stumbles. The plot keeps rolling, never slows, but only grows more fascinating. Cassel’s narration is funny, honest, and intelligent, while the often impossible challenges he faces are heartbreaking.

Though the series has a surprisingly happy ending, this reader didn’t feel cheated. Yes it did leave me grinning but there were enough loose endings to keep it from being a typical “Hollywood ending.” Instead we never know if Cassel makes the right choice or not, of if there even is a right choice. More importantly, the series, consisting of White Cat, Red Glove, and Black Heart, all of which are out now, has proved itself one of the greatest and most unique YA series in a long while. 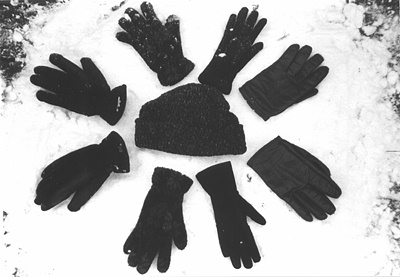