Favorite Quote:
You are who you are, and that makes you original. Keep being yourself and never change. And even if you do, then I'm sure that the new you is better than the first.

I was impressed with the graphic storytelling that Sapphire had written, and yet it was one of the most disturbing novels I have ever read in a while. The language sounds intriguingly harsh as they describe just who these characters really are. Sapphire is an interesting author and I suggest reading some of her work. I think that this novel is better than the film itself because it’s better to picture the scenes using your mind and imagination rather than to see someone else’s in a Hollywood production. “Push” is a really good novel to sink your eyes into and I don’t think that anything else can equal its level.

This story all starts with a 16 year old obese, and illiterate girl named Claireece “Precious” Jones. After being sexually abused and raped by her father, it seems as if it isn’t enough punishment for the girl. She lives in an apartment with her abusive mother, Mary Lee Johnston, who physically hits and orders Precious what to do. Mary knew what her boyfriend, Carl Kenwood Jones, had done to Precious when she was young and did nothing but stood there with jealousy. Instead of calling the authorities and trying to stop her boyfriend sexually abuse and rape his own flesh and blood, she lets it continue for many years and has blamed Precious for stealing her boyfriend’s affection when Precious herself had no intention of doing so whatsoever. After having two kids from Carl, she becomes a high school dropout and ends up at an alternative school called, “Each One Teach One” where she must work her way up to the top if she wants to get a G.E.D. and give her children a loving environment and home, the one that her mother failed to deliver.

I recommend reading this book because it tells the story of a young illiterate individual struggling to overcome her obstacles in life as an unemployed teenage mother. The text in this novel may sound grotesque, but it is the story that keeps you sucked in because you want it to have a happy ending for the main character. Sapphire is a very well-known author for her work on novels such as these, and I myself thought the same way too. I first had some judgments about the book because of the title and its cover, but after giving it a chance, I underestimated it and was satisfied. Like the old saying goes, “Don’t judge a book by its cover,” and boy was it right. 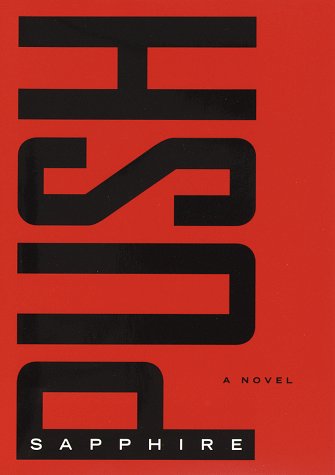 
Buy from Amazon
The author's comments:
It's something that I want to talk about with people around the world and share what are my thoughts and opinions about this novel.
Post a comment
Submit your own