The Diary of a Young Girl by Anne Frank | Teen Ink

The Diary of a Young Girl by Anne Frank

Favorite Quote:
the pen is mightier than the sword, and considerably easier to write with

The Diary of Anne Frank, more commonly known as, The Diary of a Young Girl, is a true diary written by a Jewish girl called Anne Frank. This book remains one of the most moving, amazing and inspiring, true-life story’s, recovered from world-war-two. This book is a poignant, relatable story and is valuable for both heart and mind. Her story has already captured and enraptured millions world-wide and has been translated into more than 67 languages
The Diary is so well written it seems as if you are there with the residents of the annex, you can see how they act and experience your view and their personality’s change over time. Anne gives us a real insight into life, suffering and persecution during that time and the lessons I learnt from her diary are ones that I will keep forever.
Anne gives the reader an insight into the holocaust like no other; she vividly describes the fear and suffering surrounding her and creates an atmosphere like no other, giving a rare understanding of the holocaust.
At the time of her diary, Anne is a Jew living in Nazi occupied Amsterdam, the Netherlands at the time of world war two. On her thirteenth birthday she receives a red and white checked autograph album from her family and uses it as a diary named Kitty, at first her life is fairly ordinary, despite the hindrance of Nazi persecution and regulations. Then something arrives that forces the Frank family, Otto, (her father), Edith (her mother) and Margot (her sister) into hiding. They hide in the annex of her father’s business warehouse where their helpers (who work for the company) help them survive. Soon another family, described in Anne’s diary as the Van-Daan’s (actually called the Van-Pels) join them and later on Albert Dussel (actually called Fritz Pfeffer).
Anne vividly describes the fear, worry, depression and frustration of being in hiding; she draws comfort and solace from nature and during her time in the annex, experiences romance. Originally her diary was strictly for herself only until she heard a radio broadcast stating that eye-witness accounts of the suffering of the Dutch people would be collected after the war, did Anne started to re-write her Diary while also keeping up her original diary, intending to publish it after the war. However Anne’s Diary ends with abrupt harshness on Tuesday August 1st 1944, as she has been betrayed by someone to the Nazi’s. To this day it is still a mystery who betrayed the Frank family. Anne and all the other members of the annex died in concentration camps except Anne’s father, Otto. After much deliberation, he finally fulfilled his daughter’s final wish and published her diary.
I would recommend this book to anyone; it is an inspiring story of an ordinary girl, who when put in a dangerous position writes the extra-ordinary. I thoroughly enjoyed it as it is both uplifting and enriching.
Additional info: There are many different edits of the diary, the one I am referring to and the one most commonly acknowledged, read and referred to is the Diary of a Young Girl, written by Anne Frank, edited by Anne Frank, Otto Frank and Mirjam Pressler.
Additional reading: Roses from The Earth; the biography of Anne Frank, by Carol Anne Lee.
The last seven months of Anne Frank by Willy Lindwer 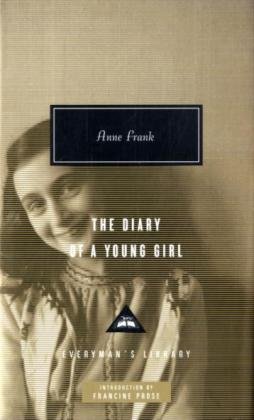 
Buy from Amazon
The author's comments:
I really loved reading the Diary of a young girl and i hope others who read it will also.
Post a comment
Submit your own

pg kaykay said...
on May. 8 2012 at 9:59 am
this book looks very good and i hope it makes every one who read it feel the way im reading it i really like dis book and i think its a good book and im still reading and yes i am a young person and i think this book is very good....so read it today.