Shine is many things – a detective story and an examination of place, poverty, and family. It begins as a tragedy and resolves into an almost happy ending. It is casually written, yet lyrical in its presentation. It is moving, sincere, and told with heart. In all these ways, it is fantastic.

Cat was once a happy girl but has become a loner due to personal trauma that left her both cowardly and strong. Before the novel opens, her best friend, Patrick, is the victim of a homophobic hate crime and is left in a coma. Cat is mourning the distance she put between herself and Patrick and vows to find his attacker.

One of the many strengths of this book is the vibrancy of Lauren Myracle's writing style. She portrays Cat's emotions from a first-person viewpoint, which vividly depicts her sorrow, fear, and desperation to solve the crime. Though some of the events are improbable, the novel is so engrossing I never questioned it.

Myracle's depiction of Cat's small North Carolina town adds to the brilliance. She shows bluntly the tragedy and poverty that grips the town but also the beauty left over from Cat's childhood. She makes powerful use of flashbacks to show the before and after of Cat's trauma, and the descriptions are so detailed readers can easily picture the scenes.

While the descriptions are great, they don't weigh down the plot. Instead, this book is fast-paced, providing clues and new characters in such a way that most will have little trouble keeping up. The characters too are fascinating and multi-layered. Like any good mystery, no one is as he first appears.

Even without the character studies, descriptions, and mourning of injustice, the book would still be a great mystery. There are many clues and red herrings that distract Cat and, by extension, the reader; I doubt many will guess the resolution. I actually guessed a significant part of the answer but quickly disregarded it as unlikely. A true testament to Myracle's writing came when I read the solution and realized that of course it made sense, and I cursed my closed-mindedness.

Myracle withholds the big reveal until the very end, when the book speeds to an exciting, satisfying climax. My one complaint is that by this point the emotional impact wasn't as strong as it could have been. That being said, the final ending, while happy, is by no means a Hollywood one. Instead, there's a shadow over the last few pages, even though the reader can feel proud of Cat's accomplishment.

The novel mentions To Kill a Mockingbird several times, and many parallels can be made between them. Shine is without a doubt its own entity, and a highly recommended read. 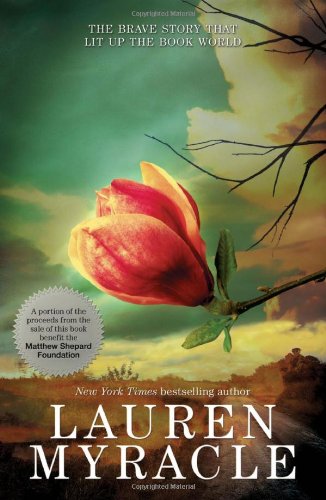 Lela said...
on Aug. 13 2013 at 12:42 pm
Great review! I have to say, though, that the ending was a little Hollywood. But all the emotions were there and I really felt like I had just gone through all of that stuff with Cat... and I think we all needed a happy ending. The reason it was so happy was that Cat found the truth about Patrick and about herself, and we in turn are happy for her. Myracle is quite a storyteller, my goodness!
tinytechie SILVER said...
on May. 2 2012 at 5:24 pm
tinytechie SILVER, 34 Ridgewood St., Connecticut
7 articles 0 photos 25 comments

View profile
wow. this was an amazing review. i really want to read it now. see, i am a major activist for homosexual rights and any book about defending someone who has been attacked will draw my attenion. either way, your writing made the book sound so heartreddering and captivating. I prefer books that move along with the plot quickly, but still give you lots of time to mull things over!