Kristin Cashore’s Graceling was definitely a read with a very formulaic storyline but with some atypical characters. While there are elements that I truly enjoyed, I thought the storyline was fairly predictable and the adventure didn’t give enough time for the characters to truly grow as I feel the point of most adventure books should be. The main character Katsa, was interesting as a lead but could have been explored further. The premise could have also been probed a little more thoroughly.

There were a few characters, as I mentioned above, who stood out, like the main character Katsa and her companion Po. I liked that the author chose a truly independent and strong female character as the lead. I think it’s always empowering as a female to read about such individuals. So, seeing how she broke away from the typical female lead was refreshing. Her relationship with Po was also something I enjoyed. They questioned a lot of the typical male-female roles of that time period which are still valid today. For example, the idea of marriage and kids and everything they represented. I definitely admired Katsa’s individuality and her strong sense of will.

The premise of the story was something that definitely appealed to me as a reader who doesn’t read a lot of fantasy, but the delivery of the idea left something to be desired. Essentially, it was about a female who lived in this world where something called a “grace” existed. I wish this idea would have been explored a little more because it had the potential to create a very different world with problems and ideas that could still be relevant today. There were no shocking finales or plot twists that were strong enough to keep me interested which is something I definitely look for when reading fantasy. The heroine had a task that was to be carried out and she did.
Now, talking about the writing, it was something it was happy with. In all its simplicity, it was generally very descriptive and overall the details were vivid. The dialogue was, similarly, expressive and for that reason, I enjoyed reading the various conversations between the characters.

Overall, this book was not one of my favorites. That was not to say that it was terrible in any way. There were some interesting elements that could have been explored and I felt the author didn’t take advantage of its full potential. I would have loved to learn more about the Kingdoms and their history with each other and how they all connected back to our main characters. I liked the main character because of her sense of independence at a time when freedom was not celebrated for women. However, I have to admit, Katsa’s character and her relationship with Po were the only things that kept me reading. 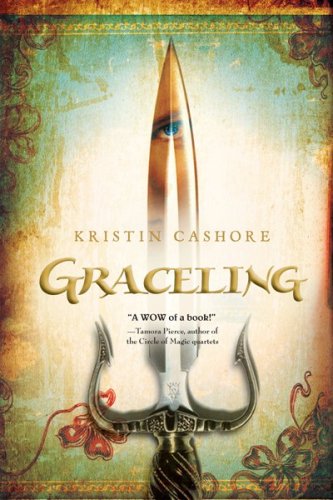