Can keeping secrets be a bad idea? In his 316 page book Deadline, Chris Crutcher tells the story of Ben Wolf and how he deals with a major disease that will kill him in a year.
The main characters in the book are Ben Wolf, Dallas Suzuki, Hey-Soos, Ben’s brother Cody. All the students in the book are around Ben’s age which is 18. In the story, Ben finds out he has a terrible disease that will kill him in a year. During this time, he goes out for the football team and tries to date Dallas Suzuki. The story takes place at Ben’s school and Dallas’s house and follows Ben throughout his senior year. His choices are unique because he’s going to die in a year but he still gets close to people like nothing is going on. Does Ben make the right choice?

I give the book five out of five stars, because it has a good message and it tells an interesting story filled with realistic teen and adult troubles, as well as some that are a bit far-fetched. Also there are accurate descriptions of football games and funny moments that make you sit up in your seat and stay focused.

Anyone who likes a book narrated by a brave, confident athlete and football action, plus a little bit of relationship moments should read Deadline. 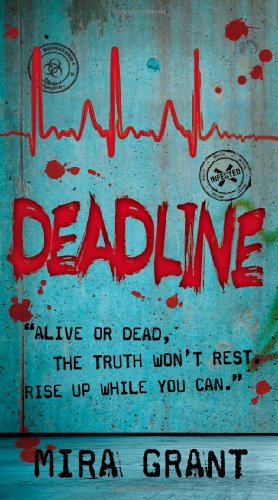 View profile
I really did like that book. I'm not sure you gave it a quality review, though - it has so much more substance then just the football aspect of it. He changed his life and inspired many. You did give it good credit, however, and I applaud you.