In the Old Kingdom, death is the exact opposite of permanent. All kinds of creatures lurk in the nine gates before Final Death, lying in wait for any opportunity to drag themselves back into life, desperate to consume what they have lost. All kinds of people, no longer quite human, are more than willing to drag the dead back and use them as their pawns. Such is the role of Abhorsen: not a necromancer, but the one who uses the tools of necromancers to lay the dead to a true rest.

Sabriel is the Abhorsen’s daughter, raised not in the Old Kingdom but in the neighboring country of Ancelstierre, where magic is not a subject fit for polite conversation. But when her father sends her a warning and the tools of his trade, the bells and sword, she knows she must venture into the country of her birth. She has a father to save, and an old evil to be fought. And if along the way she meets Touchstone, a young man with a mysterious past, and an equally mysterious talking white cat named Mogget, well, what’s an adventure without companions?

Sabriel is high fantasy at its best, with a sweeping scope, an elaborate history, and some epic battles between the forces of good and evil, yet without a giant unmanageable cast of characters. An interesting point is that large swathes of the book actually take place within Death, or on the borders between death and life, also known as gratuitous zombie-fighting but cooler.

This book is the first in the Abhorsen Trilogy, followed by Lirael and Abhorsen. The next two books involve fighting an even bigger evil, more exploration into the mythical history of the Old Kingdom, and a character named the Disreputable Dog. All together they form a pretty epic read. 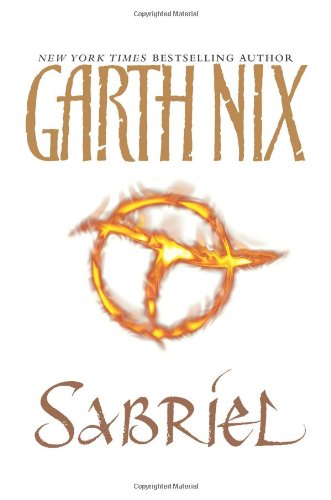