Artemis Fowl, twelve-year-old genius and Irish criminal mastermind, has found the perfect crime. He’s the ideal candidate for the mission—old enough to be ruthless, young enough to believe. Believe in what, you ask? Why, fairies, of course.

However, Holly Short, the only female officer in all of the elite LEPrecon (that would be Lower Elements Police reconnaissance to you, and thank goodness they got rid of the top hats and buckled shoes of the old uniform), is no Tinkerbell. She’s tough, smart, and less than amused when she’s kidnapped by an arrogant Mudboy and held for ransom for a ton of 24k gold, literally. Neither is the rest of the fairy community. They like their gold just where it is, and they’re most certainly not handing it over.

Thus begins the siege of Fowl Manor. On one side: Commander Julius Root, who as your superior officer is Always Right, the centaur and technological wizard Foaly, who never knows when to shut up, and the convict Mulch Diggums, kleptomaniac extraodinaire. On the other: Artemis Fowl, genius boy, the butler Butler, so elite his family named the profession, and Butler’s little sister Juliet, who’s a total ditz but can still kick your butt any way you like. Let the fireworks (or somewhat larger explosions) begin.

As one might expect, this book is a rollicking ride of plot twists and hilariousness. Stuff gets beat up, snarking is exchanged, genuine character development is somehow squeezed in, and you should totally continue the series with The Arctic Incident. 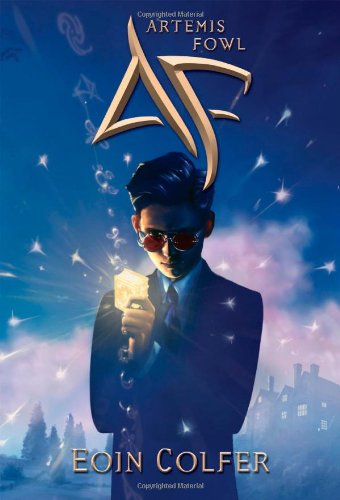