It is Afghanistan, the 1970s, and Amir is the young son of a successful Kabul businessman, followed everywhere by his faithful best friend Hassan. Amir’s only wish is to impress his father, even though Hassan is willing to do anything for him—take Amir’s punishment when they get into trouble, listen to his stories, protect him from bullies when there is a greater risk to Hassan himself. He is Amir’s kite runner, the one who retrieves the fallen kites when Amir engages in kite fighting.

Years later, nearly modern day, Amir has built himself a new life in California, but he remains tortured by guilt. Long ago he betrayed the one who would have been loyal to him forever, and now he has received an enigmatic phone call from another friend he has not spoken to in years, promising him a chance at redemption. He goes back to Afghanistan, back into the past.

The Kite Runner is haunting, beautiful and painful. This is really an adult’s book, wherein awful brutalities are perpetuated and secrets and shame are buried until they fester. Amir’s life is interwoven with a turbulent period of Afghani history that reflects his story. This book, narrated from Amir’s point of view, feels raw and real, as if the events described truly occurred. But it ends in hope. 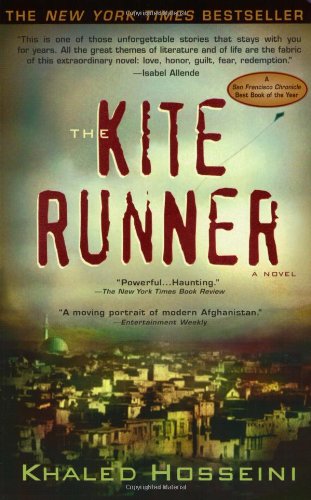