Blood. Gore. Destruction. Death. Not only do the young children of Panem witness such unfortunate circumstances…but, a selected few are forced to experience it. Imagine a world where children compete –fighting each other till the death, until there is only one of the thirteen standing. This is what is what lies ahead for America…or so the prestigious author Suzanne Collins envisions. Catching Fire, the continuation to the captivating New York Times Best Selling Series, Hunger Games, leaves readers, wanting more to the jarring story of love, family and revenge.
Katniss Everdeen and Peeta Mellark once again return to the dangerous arena of the Hunger Game –this time, however, with a slight twist. All tributes who have already managed to survive the previous Hunger Games are to, once again, compete amongst each other. Consequently, Katniss and Peeta revisit their painful memories from the arena, this time, ready to face the more experienced, savage candidates. As the enthusiastic booklovers squirm in curiosity and anxiety they wonder, will Katniss and Peeta survive this time? Is there hope for them in the end?

Overall, I do recommend Catching Fire to mature audiences. To start off, Suzanne Collins’ striking writing techniques and mechanics paint a glorious unforgettable experience in a person’s mind. Her style or form of writing, differs greatly than that of other common fictional writers, making it seem as though one is reading from a completely inimitable angle. Next, Suzanne Collins undermines the common misconception that science fiction is tedious and dull. Readers expecting to see the usual scientists and astronauts lurking among the pages of this novel, are surprised to see a completely fresh, unheard plot taking the spotlight. Last but certainly not least, people, mostly teens can relate very closely to Katniss and Peeta. Although none of us are experiencing the same situations as these adolescents, their contradictory, differing thoughts are similar as to what teens go through in their everyday lives. Whether it be as major as a life and death situation, or as minor as a slight disagreement with the parents, readers have a close connection with Katniss and Peeta’s character due to the proximity of their ages.

All in all, Catching Fire, the second book to the entrancing Hunger Games Trilogy is an astounding book that every reader should definitely read. Not only is it worth reading, but it changes the reader’s outlook on life. 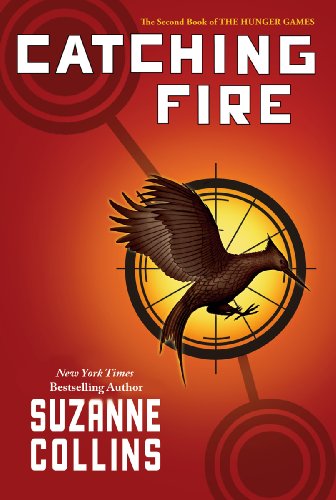