Favorite Quote:
"You create your own luck."
-Hope Solo's Grandma

“The Hunger Games” is a the first book in a fantastic series of three books written by Suzanne Collins. It takes you into the life of a scared but quick-thinking, brave girl named Katniss Everdeen who learns how to survive on her own from a very young age when her father died in a mining accident. From that day on, she took care of her little family (mother and little sister, Prim) as well as herself by hunting in the woods of District 12 everyday with her guy friend Gale (who might have a thing for her but no one really knows). District 12 was one of the twelve districts that made up the country of Panem. Panem was once the continent of North America. When an epidemic swept through the continent of North America, Panem was formed and, the people who lived under the rules set by the capitol did not like it. They rebelled against the capitol and lost. Now, every year, children's names, ages 12 through 18, are put into a bowl and drawn out during a ceremony known as “The Reaping.” This is a dreaded time and no one wants to be a part of it because they know that if their names are drawn, it is almost like a death sentence. When a name is called, you are then taken and thrown into what is known as “The Hunger Games.”

Our narrator, main character, and hero also known as Katniss Everdeen, offered herself as a tribute in place of her younger sister Prim in an effort to save her life. When her and Peeta Mellark (the boy tribute from district 12) were taken off to the capitol, they went through some pretty intense training and in the end, well, you'll have to read the book to find out what happened but it was sort of an unexpected ending.

This book was so good because it kept you on your toes the whole time. I would rate it a solid 9.5. I gave it that high of a rating because, the unexpected seemed to happen a lot and things popped up all the time out of no where. The book also kept a good pace and there weren't to many dull moments; there was just enough detail that you could picture what was going on in your head while the story kept moving.
The only thing that I did not like about this book was the fact that it seemed almost too futuristic. Yes, it is true that the story takes place millions of years from our present day but, it seemed almost to realistic. Crazy is a good word that describes what some of the people acted like that lived in the capitol. In all though, I really did think that this was a very good book and I would suggest it to anyone who was considering reading it. 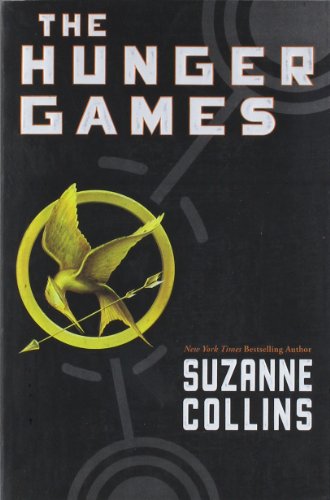