The story Rebecca by Daphne du Maurier begins rather intriguingly as the rich Mrs. Van Hopper and her unnamed companion take a trip to Monte Carlo. The trip is far from enjoyable for poor Mrs. Van Hopper’s companion, though, as she finds herself constantly having to endure her employer’s constant untactful remarks with any rich and famous person in a short vicinity. However, one fateful day the young girl finally meets the man who offers to save her from all of the humiliation of another day in Mrs. Van Hopper’s company – the handsome Mr. Maxim de Winter.

Maxim is both mysterious and gloriously rich, but after they are married and the young Mrs. De Winter begins to live in his beautiful mansion called Manderley, she begins to dig up a strange and disturbing past.

The chilling housekeeper Mrs. Danvers is one of the first to strike Mrs. De Winter as odd. Mrs. de Winter knew that Maxim’s previous wife Rebecca had suffered a tragic death, but Mrs. Danver’s constant and unceasing remarks about Rebecca begin to stir the young bride’s curiosity. All too suddenly, the young Mrs. de Winter begins to learn about Rebecca through the comments of those around her. Rebecca was so perfect. Rebecca was the ideal hostess. Rebecca was supremely beautiful.

Soon the new Mrs. De Winter begins to falter in her mighty position as the tenant of Manderley. She begins to feel her uncultured manners, her plain looks, and her social awkwardness. After several unfortunate misunderstandings with Maxim, the young bride begins to wonder whether the reason Maxim is becoming distant from her is because he can’t forget about Rebecca. If she could only have the telling question answered – does Maxim love her or is he still clinging to his love for Rebecca?

Daphne du Maurier’s writing style is stirring and poignant as the reader feels the aching heart of Mrs. de Winter, shudders at the thought of Mrs. Danvers, and envisions the confident smile of the deceased Rebecca.

Twist after twist enliven the novel, as each mystery is slowly unraveled and the reader is shocked beyond imagination. It is a tantalizing story of intrigue, love, and betrayal which won’t soon be forgotten. 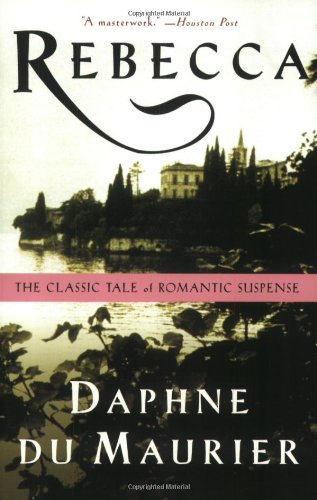 
Buy from Amazon
The author's comments:
I hope that when people read this, they will see something in the story Rebecca that will make them pick this book up and read it. I hope that my writing inspires others to learn about literature and the mystery of a beautifully written novel.
Post a comment
Submit your own

View profile
this review is great, though I've never heard of it, it does, as EpluribusUnum make me want to meet her
MollyDoubleU BRONZE said...
on Jan. 21 2012 at 11:27 pm
MollyDoubleU BRONZE, Minooka, Illinois
3 articles 5 photos 45 comments

Favorite Quote:
"So we beat on, boats against the current, borne back ceaselessly into the past." - The Great Gatsby