Books by John Green have a lot in common. They're always very intellectual, have some hidden philosophical message, and are brimming with killer humor. They feature a nerdy boy who chases after a beautiful- and unattainable- girl and learns something through his unrequited love.

Looking for Alaska definitely fits this formula. The main character, Miles- ironically nicknamed Pudge as because of his gawky build- has an obsession with biographies and last words. He moves to a boarding school and meets the crazy, gorgeous Alaska Young, who he instantly falls in love with. Unfortunately for him, she has boyfriend who she's devoted to. But this doesn't stop her (along with some other unforgettable friends like Takumi and the Colonel) from catapulting Pudge into the Great Perhaps: a world filled with covert smokes, lots of booze, and intricate pranks. When something unimaginably terrible happens, Pudge has to overcome his grief and re-examine his thoughts on one of the saddest aspects of life.

What I will say now is that if you haven't read anything by John Green, read Paper Towns. That was by far his best. Then read An Abundance of Katherines. It's still pretty good. But to be honest, after reading those two, this book falls a little flat. It's not that it’s horrible- it isn't by a long shot. It just doesn't stand up to the other two books. The rapping scene is very funny, but other than that there isn't much hilarity. The messages are good, but without the aforementioned hilarity they feel a little heavy. I think the main problem with this book is that it's just too short. After the climactic event, there isn't a lot of time given for Pudge to puzzle through his feelings. His change of heart at the end seems a little abrupt, because in less than half the book he goes from a blubbering mess to a person with concrete resolve who is ready to face the world. Even with this abrupt change, the book (especially after the central event) is a bit slow; it was easy for me to put down.

That said, this book is still worth a read because of its unique subject matter. This review may seem quite negative, but Looking for Alaska is still a great book. The end is still tear-inducing and the characters are still quirky. It's just not as wonderful as John Green's other books. 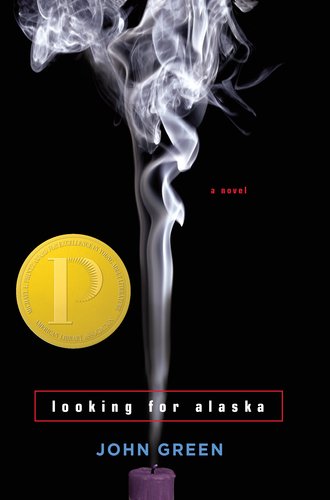 LittneyTheLionPirate said...
on Sep. 21 2012 at 10:50 am
This is an amazing book! I couldn't put it down. You compared it to An Abundance of Katherines and Paper towns, but I have only read The Fault in our Stars and Looking for Alaska. I love the characters and I highly reccomend it. P.S. GO NERDFIGHTERS!
kianacaranto BRONZE said...
on May. 13 2012 at 3:59 am
kianacaranto BRONZE, Mililani, Hawaii
1 article 0 photos 3 comments

Favorite Quote:
"We are here to laugh at the odds and live our lives so well that death will tremble to take us." -Charles Bukowski

View profile
I personally think Looking for Alaska is the best of John Green. Better than An Abundance of Katherines by a long shot. Just my opinion.
Kimberlywrites BRONZE said...
on Jan. 12 2012 at 2:59 pm
Kimberlywrites BRONZE, Waikoloa, Hawaii
2 articles 3 photos 18 comments

View profile
I really enjoyed your writing style. Makes me want to look up the author now. :)