Meg Cabot’s humorous spin on relationships is embodied in a novel entirely composed of Emails, IMs and journal entries. The original format makes the book an interesting and fun read while taking the quintessential love story to new hilarious heights.

Kate Mackenzie, a Kentucky born sociology major whose newfound life in New York takes an unexpected turn for the worse when her guitar rocker boyfriend of 10 years decides he can’t commit. Suddenly her life is turned upside down; she’s homeless and crashing on her best friend’s couch, her “Tyrannical Office Despot” of a boss has finally lost her mind and she has to fire the sweet old cookie lady. Her world seems to crumbing underneath her feet and there’s nothing that can stop it. And just when Kate’s life couldn’t get any worse a lawsuit falls in her lap coupled with a lawyer who seemingly embodies everything she despises. But through Bundt cakes, gingerbread, double chocolate cookies and cheesecake muffins she may realize that all lawyers aren’t as bad as they seem.

Cabot paints a realistic character unlike the blown out, glittering heroines of typical romance novels. Kate, while being pretty is still an awkward, self-conscious woman whose life doesn’t isn’t glamorous and perfect. She’s a 25-year-old with a desk job and a despot boss. A story told though the voices of the characters themselves, Boy Meets Girl tells a love story like no other. 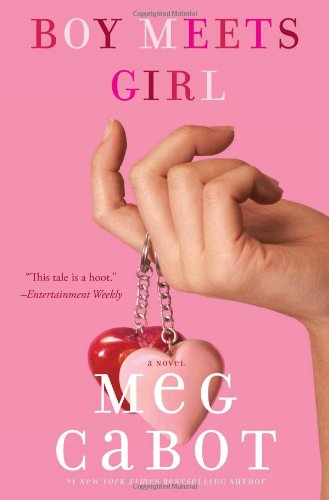 Previous Next
Reviews
Something Borrowed
By Anonymous
Reviews
Thirteen Reasons Why,
By Nyconz421 BRONZE

JUNEBRINGSSUNSHINE said...
on Oct. 10 2012 at 7:52 am
I am what you call a "normal" teenager, and i absolutly LOVED this book! I could relate to alot of the ups and downs, twist and turns, everything! it was really good!