Room is an award winning novel shortlisted for the Man Booker Prize 2010. It has been described in reviews as “Heart-burstingly, gut-wrenchingly compassionate” and “totally unique and intriguing” and I have to say I completely agree. “Room” is one of the rare books you come across that stay in your heart a long time even after you’ve finished it. Told by a five year old boy called Jack was born in one single locked room by ma who was kidnapped and imprisoned by "Old Nick" at 19 and had been raped repeatedly by him ever since. This story although alike many news story headlines for example the Elisabeth Fritzel story – where the spark of the idea for the story came from this - is not a crime thriller story at all. In fact being in the narrative of the five year old who has only ever known this one room, it is more a exploration of childhood and a discovery the world or ‘Outside’ in a whole new perspective - almost like a lost alien who never knew such things as the sky, grass and people really existed – to Jack these are all things from TV but not really real. Another unique aspect of this story is the way Jack interacts with things in Room. To him, the rug is Rug and ‘she’ is among many of the other companions of Jack, there is also Meltedy Spoon, Bed and Wardrobe. This novel is a must-read for anyone and takes you on a journey between a unique relationship between Ma and Jack and Jack himself who is unique in so many ways that you find yourself completely endeared by him. 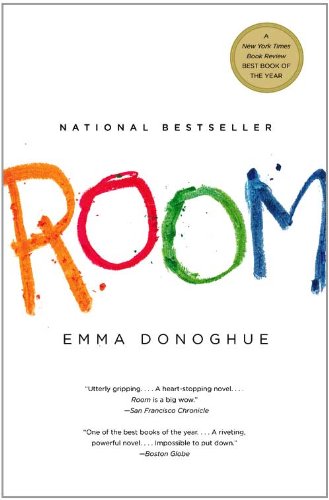 
Buy from Amazon
The author's comments:
A completely unique story from one I have ever read before about an . I have fallen in love with Emma Donoghue.
Post a comment
Submit your own

HollyBell BRONZE said...
on Aug. 11 2011 at 11:47 am
HollyBell BRONZE, Orpington, Kent, Other
3 articles 0 photos 23 comments
View profile
Yeah Jack was such a loveable character and I loved Ma too. I couldn't put it down, I read it in a day and a half, I will keep reading and posting reviews when I can, you too!
alexandria1124 BRONZE said...
on Aug. 9 2011 at 7:48 pm
alexandria1124 BRONZE, Nowhere., Kentucky
1 article 0 photos 28 comments
View profile
I just recently read this book, I loved it. What drew me in to it, in the largest way, was that every other page, I was enraged or in love with a character. There were times when I threw the book down at one of ' Ma's ' comments, and others when I cried because Jack was so compassionate. I love, that you love it too, and I hope you keep reading.