Alice’s Adventures in Wonderland delves into a world that lies just beneath the surface of our own- or so it seems. When young Alice falls into a rabbit hole, she discovers a new land; one where riddles and puzzles abound, where logic and order is cast aside, and where madness and mayhem are constant. This place may seem rather muddled, however, through its zany inhabitants, Lewis Carroll, author of Alice’s Adventures in Wonderland, helps to symbolize themes prevalent to real life. From growing up, to the frustrations of life, and even death, the book disguises significant subjects with seemingly juvenile events.

One of the many themes in the tale is that of growth. Growth occurs in many ways, from physical size, to mental outlook; in Alice’s case, both occurred. Initially, Alice was quite timid and teary, breaking down into tears and having a great deal of difficulty with self-control. But, as the story progressed, Alice did as well. Each event marked a milestone, a new period of improvement. By adapting from a childish girl to a more mature young adult, Alice symbolizes the tribulations associated with growing up. The journey to adulthood was embodied by Alice’s adventures. Aside from her mental growth, Alice did a rather large amount of growing, and shrinking, during her time in Wonderland. Each size change gives Alice a new sense of perspective and understanding. For example, during the trial, Alice grows to great heights, and gains the courage to challenge the illogical event taking place. These different size changes also help to symbolize the events that occur when becoming a young adult- maturing and growing. Far different from growth, another recurring theme in the story was death.

Death is a perpetual threat to Alice; she gets herself into many a situation where her life is risked. However, at first, she doesn’t seem to comprehend that idea. Instead, the whole situation seems absurd, and death isn’t even considered. Later, when the queen, mad in all senses of the term, threatens to take her head, Alice begins to understand the consequences involved with her actions. In this way, Alice is very much like youth of the world. Conveying the message that death is always lurking with raving characters lightens the mood, and makes for a puzzling time, for both Alice and the reader.

Language and logic are weaved into every chapter of Alice’s Adventures in Wonderland. Riddles, puzzles, and problems present themselves in a sundry of ways, and even when ‘solved’ they leave Alice more confused then ever. The use of puns, expressions, and new, invented words is a similar continual trend. These problems help to represent the trials of life, as well as the frustrations, while Carroll’s way of twisting the language shows that truly anything is possible in Wonderland.

Alice’s Adventures in Wonderland shares the story of a girl who learns of the challenges of life through a bizarre dream. But despite the ridiculous events and outrageous residents, the underlying themes and messages Wonderland shares are both significant and real. 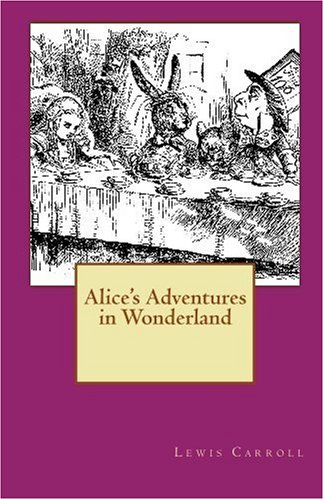 mhmm well in all honesty it's simply an old analysis I turned in for school a few years ago. I wanted to get a feel for what I should write/submit first.

But you're right, I should adjust my old pieces to make them more of reviews first.

ael429 BRONZE said...
on Jul. 18 2011 at 2:02 pm
ael429 BRONZE, Waterford, Michigan
3 articles 10 photos 20 comments
View profile
This review is clear and has a good flow. It looks at Carroll's tales with a more careful eye, however I think it seems more like an analysis than a review at times.