This Lullaby by Sarah Dessen

If you like love, humor, and happy endings then you will love This Lullaby by Sarah Dessen. This romantic comedy focuses on the hardships of a high school graduate trying to get herself prepared for the real world of life.

This Lullaby is centered on Remy Starr, a freshly graduated high school student who is uptight and tense. She has to get her way. While planning her mother's fifth wedding, getting ready for college, and trying to actually enjoy the summer before it ends, Remy meets Dexter. Dexter, a college dropout musician on the road with his band and his dog, Bear, is everything Remy hates, messy, clumsy, and worst of all a, musician. She vowed that she would never be involved with a musician because her musician father left her and her mom when Remy was a baby. Her father did leave her a parting gift, the world-renowned song “This Lullaby”.

As time moves along, Remy and Dexter keep meeting and eventually become a couple. Remy begins to ease up and even her friends say she is changing because of Dexter. Remy and Dexter eventually break up. Remy thinks Dexter is getting to attach to her. After all, Remy and Dexter agreed it would just be a summer fling. Will Dexter win Remy back by the end of the summer? Everybody will be able to relate to these two characters, I know I did.

This Lullaby is a tremendous novel. With Remy's sarcastic humor and Dexter's awkwardness, this book also makes for great laughs especially when Remy and Dexter are together. Teens who love ‘chick-lit' will love This Lullaby. It is by far Sarah Dessen's best book, but I must warn you, once you start it, you can't put it down! 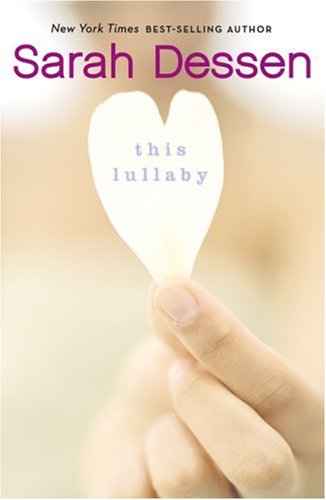