If you think that being anorexic is tough once around, imagine having to re-live it, in a way. That's exactly what author; Lori Gottlieb had to do in her auto-biography based on her journals from when she was 11 and anorexic.


This book is about a woman named Lori, who in the book was only eleven years old. It's about her fight for her life against the deathly eating disorder, anorexia nervosa. Taking place in the late 1970's, she is surrounded by sayings like “Real women don't eat dessert.” and “You can never be too rich, or too thin!” These phrases and many other factors as well, force her to look at herself, but instead of seeing herself as who she is, a healthy young girl, she sees what she thinks they are saying: you're fat. 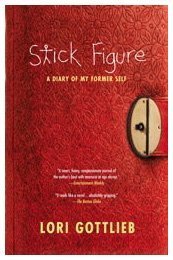