The Magickers by Emily Drake

Jason Adrian- a boy with two stepparents- is a normal eleven-year-old boy who enjoys soccer and hanging out with his best friend, Sam. Mrs. Cowling, Jason's interesting English teacher, comes to visit Jason and his stepparents, William “Bulldozer” McIntire and Joanna McIntire, after a tragedy that would change his life forever. One of the school bullies, Canby, ruined his chances of going to soccer camp.

However, after having Mrs. Cowling and Joanna, discuss it with Jason, he agrees to go to the creativity camp, Camp Ravenwyng. Going to the camp, he meets Stef and Rich, Bailey and Ting, Jonnard and Henry, and one of his new best friends: Trent. He does not know what is awaiting him there, in the camp with a strange staff of teachers. Gavan Rainwater is the headmaster there and is looking for something in a camper. Therefore, he lets “the cat out of the hat” (one of Bailey's many mixed up sayings) one rainy day.
Campers disappear, a thief is roaming the camp, a ghost is haunting a cabin, and a traitor is among them. “Once readers- especially Harry Potter fans- discover Jason, Bailey, and the other Magickers, they will be clamoring for the next book in the series.” says Voya. Come join the whole gang of Magickers in the four books (The Magickers, The Curse of Arkady, The Dragon Guard, and The Gate of Bones) and discover the Magick! 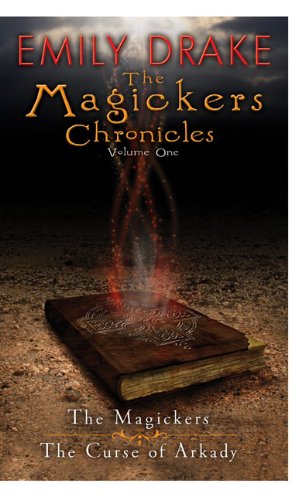 cassadyrainwater said...
on Jun. 12 2013 at 2:43 pm
my favorite character was jonnard. he is a very conflicted, dark and rather lost character really and is really driven by a need to prove himself to his father and to kinda one-up his good guy counter part, jason, how basicly mirrors him. everyone love baily and her little sayings, in fact she reminds me of my best friend. trent would be the person i most relate to because i have always been and outsider and am far above my peers when it comes to reading. jason is the typical good guy only i have never found such characters as relatable as jason. henry is adorable really, and a great sidekick for jon in the first book. ting has a lovely sweet mystery to her and rich and stef-bear are always in some kind of danger. i think the teachers are far more relatable then those of say, harry potter, and very lovable. i find NO COMPARISON to harry potter and can tell all of you right now it is no rip off