When I was young, I was terrified of the monster I believed Mary Shelley’s Frankenstein to be. I feared his stature and the metal bolts running through his neck, loathed his sickly skin and phantasmagoric eyes. Frankenstein to me was what pop culture had made him out to be. When I summed up the courage to read Shelley’s gothic 19th century novel, I was surprised to find that Frankenstein was not the creature of my nightmares. Frankenstein was a vile scientist, a human being with an insatiable thirst for knowledge that led him to create a physically repulsive ‘monster’ he soon abandoned. While seeking company and shelter from unjust, discriminative eyes, the monster begins to exhibit innate human characteristics, more compelling and admirable than those expressed by the people he encounters. The scorn this creature faces as he struggles to live leads him to murder those closest to Victor, at times indirectly. And yet the reader becomes almost numb to these evils, horrified by the constant rejection and abuse he endures from mankind, by the very things that fueled his desire to kill. The suffering experienced by both Victor and his creation is apparent. Frankenstein is a cautionary tale of the dangers of knowledge and its misuse. It is an exploratory piece of work on the nature of man, depicting the effects of isolation from society on living beings, and the ethics of science. It is the first novel of its kind and one that all generations should learn from. 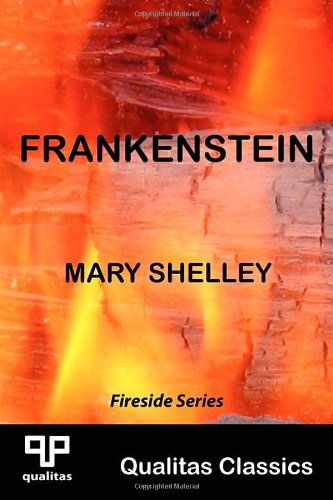 
Buy from Amazon
The author's comments:
Frankenstein is such a compelling piece of work, one which I was positively surprised to devour.
Post a comment
Submit your own