Hole In My Life by Jack Gantos | Teen Ink

Hole In My Life by Jack Gantos

By taking a look at the cover of the book “Hole In My Life” by Jack Gantos, you may not instantly see the true greatness behind this story. But going so far as opening the book and reading the first chapter instantly grasped my full attention. The theme I found most evident, was determination because of the author, Jack’s, unlimited determination with whatever obstacles he encountered. In this autobiography, the story starts off in the summer of 1971 in Fort Lauderdale, Florida. With money tight for Jack’s family, they move to San Juan, Puerto Rico for better job opportunities. Shortly after though, a decision is made for Jack to move back to his old neighborhood in order to finish his senior year at Sunrise High. Jack describes his carefree life with happiness and ease, when he says “I had unlimited freedom. No supervision whatsoever. I had spending money. I had a fast car. I had a fake ID.” Probably sounds great to most teenagers his age, but wasn’t too good of an idea for Jack. As a 19 year old that isn’t living at home, the reckless decisions he makes aren’t always the greatest, but things seem to be going fine for Jack once he graduates. He moves back home, starts a job building crates, and is determined to pursue his goals of becoming a writer. But everything changes when on the job, Jack crosses paths with a man named Rik and his hash-smuggling crew.

I would highly recommend this book to anyone who likes reading autobiographies, filled with suspense and great new perspectives on what is truly important in life, and finding yourself. 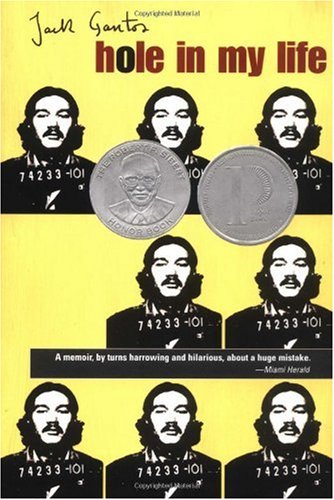 
Buy from Amazon
The author's comments:
I found this book very interesting, personal, and well written.
Post a comment
Submit your own