The world, as seen through the eyes of five-year-old Jack, is a strange place. There are no trees, no children playing in the park, no sky to look at. His world is a small room with a bed, a TV, a wardrobe where he sleeps every night, his friends (a broken remote, Dora the Explorer, a snake made of clay), and of course, his mother.

Room is the story of a young woman held captive for seven long years in a dungeon shack in a man's backyard. The man, Old Nick, does not want ransom; all he wants is company. He is mentally unstable and seeing people tortured is his hobby. Maybe this is the reason he kidnaps a happy 19-year-old from her college campus and throws her into a secret room in his backyard. The walls are thick, the door is guarded by electronic password security, and there is no outlet except for a single soundproof window in the ceiling.

The torture inflicted on the poor girl resulted in first a still birth and then, two years later, another baby who survives. Room is told from the viewpoint of that boy, Jack. He doesn't know any world outside of this stinky garden shed. Intelligent beyond his years, he believes that Old Nick comes in from outer space. Every night, to make sure that he is not in the vicinity of the brutal Nick, Ma makes Jack sleep in a closet at the far end of room.

It is only when Ma finally tells Jack about her kidnapping and of the existence of an outer world, that he realizes the gravity of their situation. When he sees Ma weeping helplessly, he realizes that they must escape.

Room is all about the cruelties inflicted on a poor family by an sadistic man and how, ­despite the odds, they have the will to survive. When we read about this woman who is considered dead and this young boy whose existence is unknown, who gather the courage to stand up and fight, it gives us strength to overcome obstacles too. 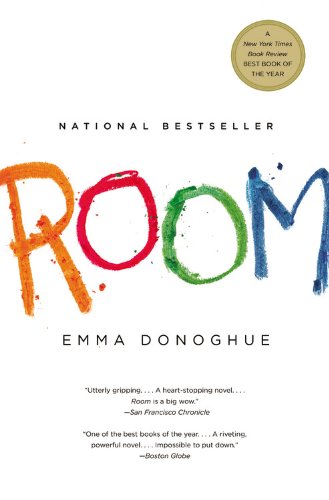 
Buy from Amazon
The author's comments:
This book is perhaps the best book that I've read so far. It made me laugh at the innocence of the little boy and cry at the misery of the situation. I highly recommend this book to all those people who appreciate good literature.
Post a comment
Submit your own

View profile
Really? Wow thats so good to hear! Thanks :)
MaryRoseB. BRONZE said...
on Jul. 7 2011 at 2:02 pm
MaryRoseB. BRONZE, San Jose, California
1 article 5 photos 6 comments
View profile
I read this in the magazine and I've wanted to read the book ever since. You made a great review! Congrats on being published, and I can't wait to read Room!
Writomania PLATINUM said...
on Jun. 9 2011 at 12:28 am
Writomania PLATINUM, New Delhi, Other
22 articles 0 photos 119 comments

View profile
i swear... i couldn't stop the tears streaming out of my eyes when Jack was running down the city road, unable to believe that he was living in the world that he thought existed only in the tv :(
VandaNoon PLATINUM said...
on Jun. 8 2011 at 9:19 pm
VandaNoon PLATINUM, West Pittston, Pennsylvania
42 articles 0 photos 32 comments

I remember seeing the house of the scorpion in my school library.. im gonna check that one out for sure.. looks darn interesting.. THANKS :).. drug dealers occupy a major part of my book shelf :P

This book was mad good!!

This book reminds me of The House of the Scorpion by Nancy Farmer. Have you read it? It's very good, I really enjoyed it, my friend David recommended it to me. The main character is a clone. The book takes place in Mexico.He is a clone of this rich drug dealer in Mexico. Anyway, he was kept indoors for most of the beginning. The book was sad. People didn't like him because he was a clone. His only friends were the cook and the drug dealer's grandaughter. That's all I remember because I read it like two years ago.