Ironically, sometimes it is the thick and complex books that leave us without words. Terrier by Tamora Pierce is one of those books. Although Pierce is known for her strong female characters, Beka Cooper might just be the strongest of them all.

This book follows the life of Beka Cooper as she is training to be a police officer (called a Dog), in the fantasy land of Tortall. Throughout just a few short months you learn that this isn’t just a job for Beka. The Lower City is her home, and she’s determined to protect it and its people. From chasing an abusive wife across the city to uncovering a murderer and kidnapper, the excitement (and the work) never ends for this Puppy (the name a trainee).

Not only is Cooper tough and inspiring, the Dogs she works with are too. Good natured Tunstall balances out the ever serious Goodwin as they work together to patrol the city’s most dangerous area. These well-developed characters will make you want to go out and catch your own “bad guys”.

Besides this, we also see the more personal journey of Beka as she establishes the boundaries in her life, while trying to make friends with people from all different walks of life. Pierce’s main character is far from perfect, however. Beka is shy and has her moments of insecurity. This makes the book even more captivating, because so many people can relate to the characters in such diverse ways.

I think any girl can benefit from reading this book. It can be read alone from the rest of Tamora Pierce’s Tortall books, but it can also be read as a history of the land her dedicated readers have come to love so much. Don’t be intimated by the length of the book or the fact that it contains so much crime-it is a refreshing and fascinating story that you will want to read over and over again. 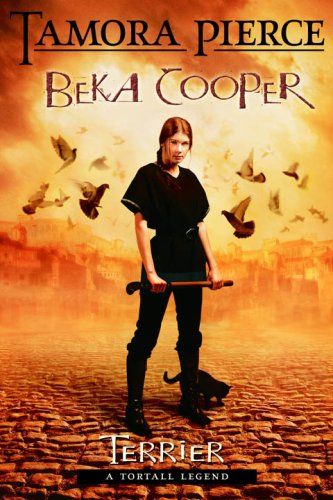