The Red Necklace by Sally Gardner

Favorite Quote:
When in doubt...make your character climb up a tree :)

The Red Necklace, by Sally Gardner, is a spellbinding novel about the French Revolution. The daring hero, Yann Margoza, led an interesting childhood, what with being raised by a dwarf, having the ability to read minds, and meeting the love of his life when he was a teen. Obviously, he isn’t your typical boy.

Yann is a very believable and likeable character. You can really relate to everything he’s thinking and every one of his feelings. He has struggles and character flaws, which makes him very realistic. Other members of Gardner’s misfit cast are just about as interesting and individual as Yann. Her villains are truly blood chilling and her heroes are very remarkable.

Gardner really makes the French Revolution enjoyable and fascinating. Her historical details are, for the most part, accurate. She did an outstanding job making this bloody time period come to life. The best part, once you’ve finished The Red Necklace, you can move on to its sequel, The Silver Sword. My only issue with this series is that there isn’t a third one!

Overall, an enthralling read that I would recommend for any reader who can handle a little bit of bloodshed. 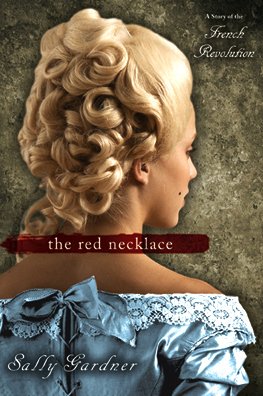 Favorite Quote:
There are as many ways to live as there are people in this world. Each one deserves a closer look.

View profile
Oh yeah! I read that book before. Really loved it!