House of Night: Marked by P.C Cast and Kristin Cast

When you turn to the first page of this novel, you will enter the life of Zoey Montgomery, a troubled teenager living in Oklahoma.Stressed out by her mother and step-father, Zoey tries her best to cope.Till she is suddenly Marked by a Tracker at her highschool.This means she has been turned into a fledgling vampire and is no longer 'human'.

Zoey goes home, expecting to be comforted by her mother, but that isn't the case.Her mother 'freaks' and calls Zoey's step-father, and then starts the 'prayer phone tree'.

After arguing with her mother and her step-'loser', Zoey storms to her room, pretends to be calm, and sneaks out of the house to see her grandmother. Though, when she arrives at her grandmothes house, Zoey finds her grandmother is out picking lavender. So, Zoey goes off to find her, though coughing and hacking all the while.

Then the coughing gets to her.Zoeys stumbles and falls,hitting her head hard.When she 'awakes', she finds she is before Nyx, the Goddess of Night, or Night personified.Zoey finds herself talking to the Goddess,and is told some surprising things.

Then she really wakes up.And when she does,she is in the infirmiry at the the House of Night, an academy for Fledgling Vampires.She talks briefly with her grandmother,Sylvia Redbird, and then she meets Neferet, High Priestess of the House of Night.

Neferet shows Zoey around the school, tells her about the school, introduces her to her new roommate.But is the kindly Neferet really as nice as she seems?

That is what Zoey must find out, as well as a few other things as her journey to become a full vampire begins.

House of Night is an incredible series, and it's one that I highly reccomend to people who love a good teen romance.It's full of humor,pain,love,and loss.There's death and life,rising and falling.Marked is the first book in the series,and is followed by six others,and there are more on the way.After finishing Marked,you'll be wanting to get the next book as soon as possible. 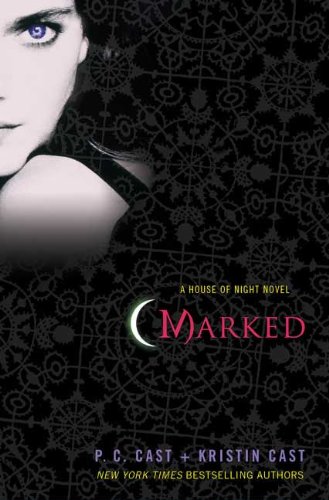 Favorite Quote:
i love how people say water has no taste... it tastes like water!

View profile
these books are amazing! i also have read all of the ones released including the fledgling 101 handbook! though the religion is mostly fake or the vampyre part that is, i feel more obligated then all others to be apart of it. it is the one that just clicks! so i recomend all the books as well! : )
ToWriteLovee BRONZE said...
on Feb. 14 2010 at 11:24 pm
ToWriteLovee BRONZE, Andover, Kansas
2 articles 0 photos 8 comments
View profile
i am really sleepy, so i just scanned it. but i have read the whole series and am in love iwth it. but you gave a lot of the first story away. maybe a little less detail next time o___0
adristar96 SILVER said...
on Feb. 14 2010 at 8:52 pm
adristar96 SILVER, Miami, Florida
9 articles 4 photos 77 comments

Favorite Quote:
Life is like a box of chocolate, You'll never know what your gonna get. :) Forest Gump