Life As We Knew It by Susan Beth Pfeffer | Teen Ink

Life As We Knew It by Susan Beth Pfeffer

Miranda is a sophomore excited about being an upperclassman next year but right now she doesn't even know if she'll make it to summer, let alone a new school year. It all started when astronomers predicted an asteroid collision with the moon. They said you would be able to see it through binoculars and telescopes and it would happen on Wednesday night. Miranda was very excited until she watched it. Apparently the asteroid was bigger than they thought and when it hit, the moon was pushed way closer to earth than planned. Immediately, things started happening. There were tides higher than ever reported and tsunamis had started hitting Asia. Within an hour, electricity to all of Pennsylvania was lost. Miranda's family knew they had to do something and fast. So they went to the grocery store that had became so hectic that you paid $100 for a grocery cart full no matter what was in it. Miranda's mother took all the cash she had and bought all the food and water and blankets that would fit in their van. They knew it would be a long time before the government would be able to help. After a month of no electricity or school, flu hit and killed almost everyone in their town, including Miranda's mom's boyfriend who worked at the hospital.

In early September, school was canceled and snow fell, 5 feet of it. They didn't know if they would make it through the winter so they decided if only one person could survive, it should be Jonny, her younger brother. So the rest of her family cut back to one meal per day while Jonny continued eating three. After 4 months of starving and freezing, her family was barely hanging on to life when she went to the post office and saw an add for free food at city hall. She went and brought home 10 bags of it. She knew then that she and her family would be all right.

I really liked this book. It is written as diary entries which I particularly enjoyed. I finished this 300 page book in 4 days. I read day and night. My favorite part in the book is when their elderly neighbor told Miranda that she would die and Miranda's family should take all of her things that they needed. She gave the food to her family as Christmas gifts while her brother Jonny got over 100 baseball cards she had found in the attic. This reminded me that Christmas doesn't have to be about what you get, just who you're with. The only problem with the book is that it's a bit boring in the middle. 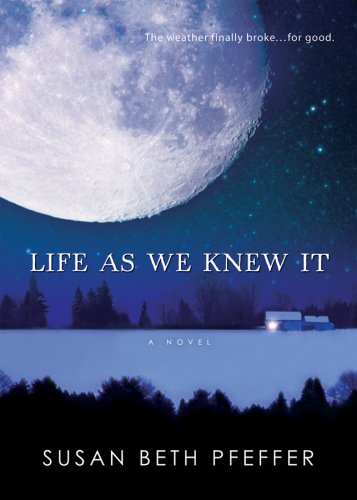 
Buy from Amazon
The author's comments:
"I loved this book and hope you'll love it too!"
Post a comment
Submit your own