Lunch Money was about a boy named Greg and a girl named Maura. Greg loved money. He first earned it by cleaning his brothers’ rooms. Then, he earned it by salting driveways in winter, and many other ways also. A girl across the street from Greg was Maura. Greg and Maura always fought. In summer if Greg put up a lemonade stand, Maura would too. They where always competing.

When school came, Greg made mini comic books and sold them at school for $.25 each. He named them Chunky Comics. Soon, Maura was making mini books also. Greg got so angry during class. He stood up and went to Maura’s desk and started fighting. When they where fighting Maura punched him in the eye. Greg went to the nurse.

The next day, Greg and Maura decided instead of fighting about there books, they would make them together. They soon started making lots of them.

When word got the principle about the comic books and she was not happy. She told Greg and Maura nothing would be sold at the school anymore.
Greg and Maura soon realized that all over school companies where advertising items. They noticed it in their book orders, there where comic books. Nike shoe advertisement in the gym, and lots of other places. If the principle would not let them they would ask the city council.

The next meeting was in a few days. Greg and Maura planned out their words for the meeting. When the day came, Greg and Maura explained their ideas to the council. Greg decided that it would not be fair to everyone else in the school. So he said that they could make a school store and that 10% of the stores earnings would go to the school. The council agreed. They made the school store. 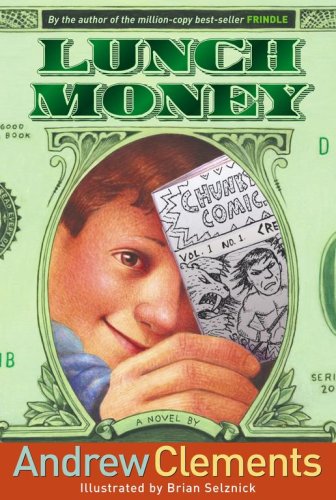