This is a very entertaining book. I think anyone interested in fantasy, love, or magic would especially enjoy this selection. It begins with a boy that is a young teen. His father is a very popular news anchor in NYC, so he is very rich. The boy has practically no relationship with his father, which leads him to being a very cruel person relying only on his good looks and money. After a particularly brutal fight with his father, he finds a very homely girl in school and asks her to go to the dance with him. She is very excited, because she didn’t think anyone would ask her. Of course, he had no intentions of actually going with her. So the week goes on and he gets the hottest girl in the school to actually go with him. She wants an orchid for her corsage since she knows they are rare and expensive, but when his maid messes up and gets a rose instead, she is outraged and threw it on the ground. He picks it up and, without thinking, gives it to a poor girl who is collecting tickets at the dance. He goes in and when he sees the ugly girl he invited, he goes over to her and tells her she’s ugly and no one would ever go to a dance with her. She is very upset and tells him he will pay greatly. He has a bad time since his date was upset about the flower and goes home early. When he gets there the ugly girl is sitting on his bed. She says she is a witch and he will pay greatly for blowing her off.

She says since he gave the rose to the ticket girl, he will have 2 years to find true love in his new body. He is very confused and has no idea what she’s talking about. Then she recites a spell and leaves, he goes in the bathroom and looks in the mirror and screams. He has hair all over his body, he is now a beast. She said he had 2 years to get someone to love him even though he is ugly. His dad comes home and is very upset. He moves his son to a remote neighborhood in Brooklyn, NY to live with his maid and a blind tutor. The abandonment he feels makes him break almost everything in the new house. After a few months alone, he becomes interested in roses. Since he’s not allowed to show anyone what he really is, he has someone build him a greenhouse and takes tons of time into it. He has many different types of roses. One night, a poor man breaks into his greenhouse. The beast is so upset, he takes the burglar to the top of the house and dangles him off. The robber offers the beast his daughter in return of him being released. The beast gladly accepts the deal thinking he will save his daughter from the next man he offers her to. The girl shows up a week later and stays on her floor for over a week. Finally she comes out and asks why. He told her about the robbery and the offering and how he thought she was better off here. She is upset but understands. Months go by and the two become great friends. On the night of his 2 year anniversary, the last night to break the spell, she runs away and gets in danger. Read the book to find the ending. 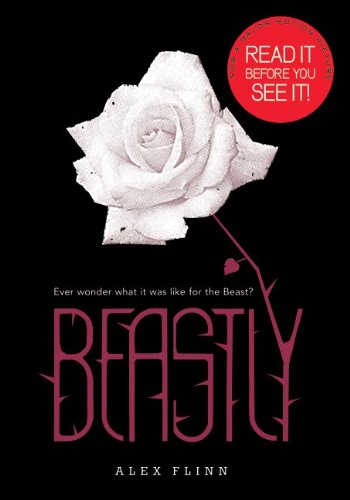 
Buy from Amazon
The author's comments:
I read this 300 page book in 2 days. It is a very fast read. The ending will probably choke you up.
Post a comment
Submit your own

Favorite Quote:
I know nothing, but of miracles.

View profile
Nice summary. Only Kendra never really wanted to go the dance with Kyle. She wanted to see if he would treat her cruelly because of her looks. When he does she doesn't get upset, she wants to teach him a lession about true beauty.
satellite23 GOLD said...
on Jul. 28 2011 at 8:08 pm
satellite23 GOLD, Cincinnati, Ohio
14 articles 0 photos 100 comments

View profile
It specifically is. The author even states that it is a modern mix of all BatB tales, not just the Disney version.
nikkigonefishin GOLD said...
on Jun. 24 2011 at 8:38 pm
nikkigonefishin GOLD, Los Angeles, California
17 articles 1 photo 145 comments

View profile
I finished reading this book today and I really enjoyed it. It actually had me laughinhg and crying at times. I haven't seen the movie yet but it probably won't be as good as the book.
Red Rose said...
on Mar. 6 2011 at 9:02 pm
I COMPLETELY AGREE!!!!!!! kyle isn't the beast that i imagined at all. plus kendra's description in the book is different from what they show in the trailer. i haven't seen the movie yet but i hope those are the only changes theyve made.
KarmaHope said...
on Mar. 6 2011 at 7:16 pm
Sounds like a 'Beauty and the Beast' spinoff. Roses, Beast, you get the picture.
lizzy14 said...
on May. 25 2010 at 7:47 pm
i love this book but i saw a preview of the movie thats coming out in july its nothing close to the book. kyle is ugly, the girl that falls in love w/ him does not have red hair or freckles and kyle is not a beast(harry)