Brokeback Mountain: A Review on the Beloved Novella | Teen Ink

Brokeback Mountain: A Review on the Beloved Novella

Annie Proulx’s novella “Brokeback Mountain” was first published in The New Yorker on October 6, 1997. It went on to win the National Magazine Award for Fiction in 1998 and was adapted into the 2005 award-winning movie of the same name, starring Jake Gyllenhaal and the late Heath Ledger. The short story, a mere 55 pages, follows the love affair between two sheep-herding cowboys that begins in the fictional Brokeback Mountains of Wyoming. Starting in 1963, Jack and Ennis’ relationship grows, strains, and evolves over a 20-year period, including children, wives, tractors, rodeos, and, ultimately, an untimely and heartbreaking death. The twangy “cowboy jargon” that populates the dialogue may be hard to adjust to, which is why I recommend watching the movie while reading the novel. The movie also further rounds out and develops the characters in a way that the story could not, given its brevity.

The three hours it took to read this story was the most bittersweet, heart-wrenching experience within my recent recollection. Proulx’s prose transported me instantly to the rugged, rough-and-tumble world of rural Wyoming. Not only did I develop a sudden and unfounded desire to become a mountain cowboy, I could also vividly imagine traipsing among the streams and mountains that belonged to Ennis and Jack. The author’s writing is raw and visceral— in a review, a critic described it as “quick, sudden, rough brush strokes on a canvas.” Her words shape characters and a story that are just as indisputably broken and love-stricken, and as such human, at their core.

I began this novella with apprehension, as the only other mature LBGTQ+ book I’ve read was Call Me By Your Name. Its author André Aciman beautifully unraveled me with his writing, but the novel left me slightly wary due to its mature content, and I was hesitant to begin another book with the similar graphic warnings. However, Proulx writes with such depth and yet such concision, choosing to leave the affection and tenderness of such intimate moments only to the two who experienced them. Vivid descriptions surrounding the shirts in Jack’s closet, later moved into Ennis’ trailer, gave us a hint of the true depth of their feelings, a mere scratch on the surface of their relationship. Iceberg writing as its finest. Additionally, the juxtaposition between the cowboys’ raffish, and at times harsh, diction with the gentle, devoted love they share makes the story all the more powerful.

To say I was devastated by Jack’s death was an understatement. Jack was someone who always wore his heart on his sleeve; he was idyllic and romantic and hopelessly in love. It is he who utters the novel’s arguably most famous quote, “I wish I knew how to quit you” and the movie’s “Sometimes I miss you so much I can hardly stand it.” It is also Jack who dreams of a life for him and Ennis on a ranch, a place where they could do what they love and love who they love without needing to hide. Ennis’ anguish and remorse at not expressing the extent of his feelings before it was too late can best be summed up by this excerpt:

“[Ennis] stepped back and looked at the ensemble through a few stinging tears.

‘Jack, I swear—‘ he said, though Jack had never asked him to swear anything and was himself not the swearing kind.”

What began in Brokeback Mountain stayed with these cowboys through the rest of their lives–, a love whose “brilliant charge … was darkened by the sense of time flying, never enough time, never enough.” To sum it all up, this story is about a starry-eyed bull rider who shamelessly loved, maybe too much, a cowboy who sought to protect him from the world. 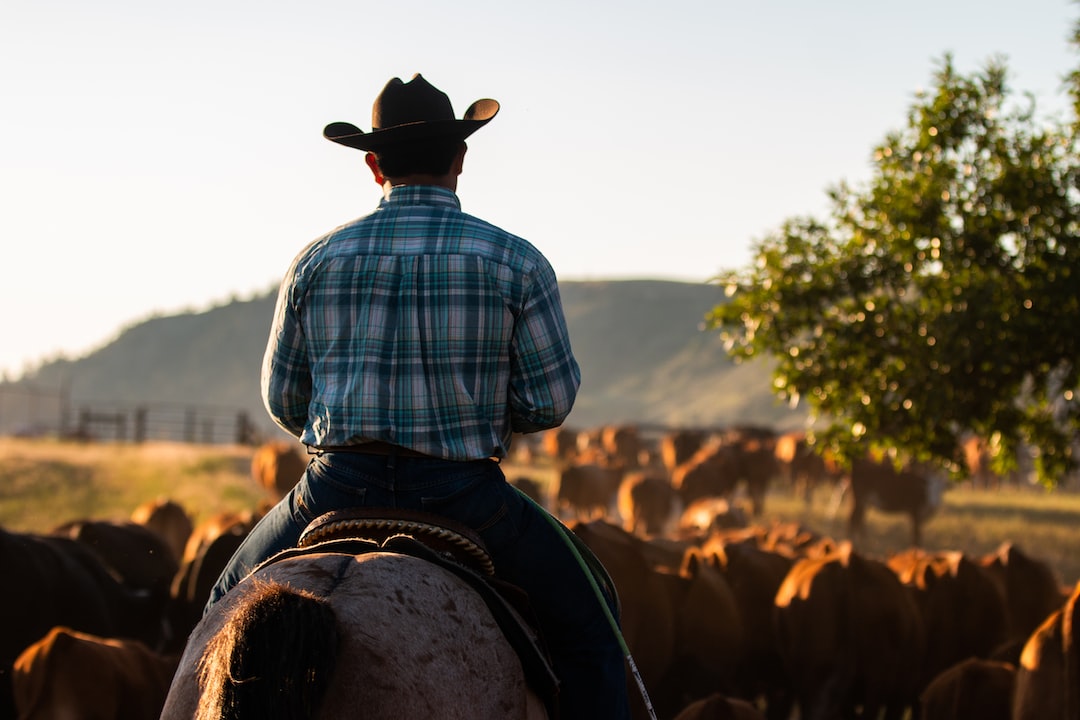 Photo by Phinehas Adams on Unsplash