Love in the Time of Cholera | Teen Ink

Love in the Time of Cholera

This novel is about two persons, how they fall in love, how they fall out of love and their lives when they're apart. Florentino Ariza sees Fermina Dazza when she's just 13 years old and he instantly develops a liking for her. When Fermina’s father Lorenzo finds out, he takes Fermina and they go to live in a different place. One day Fermina and Florentino just meet by chance and Fermina experiences an abyss of disappointment. She considers everything that was there between them an illusion and she deems him not conducive for marriage. She marries Dr Juvenal Urbino a wealthy doctor who was keen on warding off cholera. Hopelessly romantic Florentino meanwhile dates many women; gentlewomen, widows but he has true wailed love within his heart only for Fermina.

51 years nine months four days pass. Dr Juvenal Urbino dies saying that only God knows how much he loved Fermina Dazza. This could mean two things as many authors have contemplated; one he is expressing his years of ardent love for Fermina; two it could also mean that he doesn’t know whether he truly loved Fermina or not. Now Florentino seizes the opportunity to express his years of profound love for Fermina. At first, she gives him a cold shoulder but later she accepts him as an outcome of her loneliness and his ardour.

Florentino Ariza is a lovesick person from the beginning. He eats roses and vomits in fear of rejection.  A homoeopath mistakes his symptoms of love with that of cholera. After getting rebuffed by Fermina he starts having unconventional relations with women at times as young as 13. But was it love with all of them? no Florentino created his vessel of romanticism, he travelled through it and he chose characters for it from the real world, but in reality, was not passionate. Fermina on the other hand is a pragmatic character. She has resolute opinions and clear-cut idea about what she wants. To be precise, her way of life is so contradictory to that of Florentino. Fermina from a very young age develops intense disgust for church and religion. Just out of sheer love of materialistic comforts, and at one point in time very beautiful Fermina, now old and bent, ends up with Florentino just due to pure desperation. She is a bit of a racist I guess because she gets disgusted after finding out that her husband is having an affair with a coloured woman

Dr Urbino is the highly respected doctor of the place where this book is set. He makes mistakes but he repents. What he does is just due to mere enticements. He does not express strong emotions and most importantly he is not an extreme person like Florentino. When we first look at the title of the book, it may seem that it is about love but in reality, it is not. It is about lies; vengeance; obsession; abuse in the form of parental guidance and racism.

Love is a sickness that plagues Florentino from the beginning. It does not let him prosper, it just wears him out and he's so lovesick that he drinks cologne and eats roses just to know the scent of Fermina better. Most people at that time died after contracting cholera. I think that is the reason why Gabo compares this sickness with that of lovesickness. It is in reality nothing passionate, we just take part in it to avoid loneliness, and we are better without it, this is what is expressed explicitly through this book. As in the case of Fermina, she leads a pretty prosperous and good life without love. The pathetic position of women is portrayed well in this book. Marcella Valdes, a contributing writer to the New York Times says that Fermina thinks to herself that she's so happy but she also thinks that she's a deluxe servant and her role was to serve everybody. There are also indications that widows are the happiest women because they are done with men. Marcella also adds that this is a deeply accurate historical novel because women of that time were deeply disempowered, deeply sexualized and they had very little say in what their destiny is. Ariel Dorfman, a novelist said that Gabo in his original work in Spanish wrote a phrase “por toda la Vida” meaning “for all of life” in English. He says that this phrase is very important because we have all of our life ahead of us and in this life, we can be confined by cholera, we can forever be in love and we can find in ourselves ways of becoming better and deeper, we can love more and how long will this last? this will last forever, this will last as long as life will last, at last, what Gabo is trying to say is that he loved life.

Gabo in my opinion is an amazing writer. He has touched upon all the issues, major issues present in any society like women empowerment, child abuse etc and Gabo talks about the serenity of life, magnificence of life, at the same time he talks about the darker side of common people and one of the most striking aspects of this book is that there is no age for love, at any age you can claim love, you can claim your beloved. But I find the initial idea of this book that loves is a mere sickness more appealing. 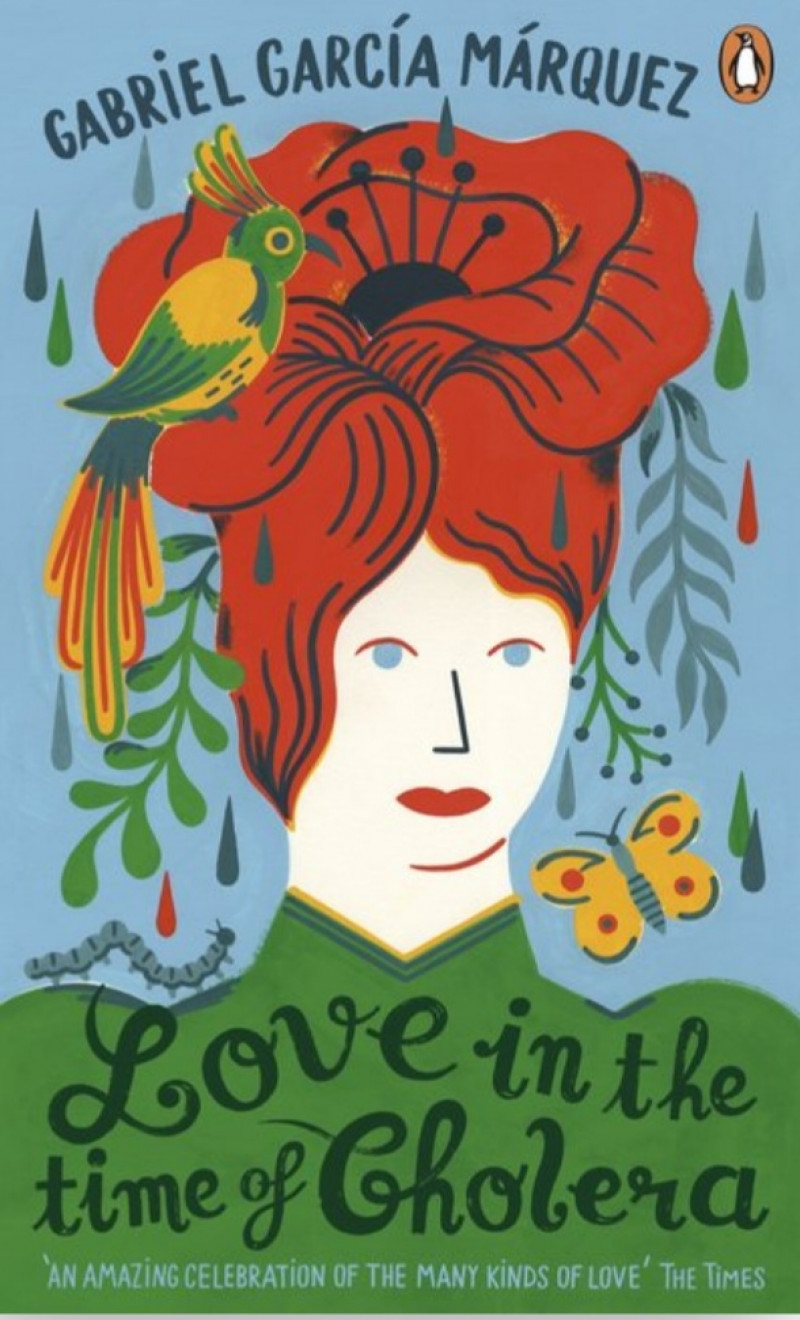