Emma by Jane Austen takes place in Highbury, England, more specifically in a fictional and well-known estate called Hartfield owned by the Woodhouses. As the publishing year, 1815, suggests, Emma depicts the lives of wealthy, privileged characters, reflecting on the conservative and unbalanced power systems during the historical period. However, this novel is remembered by its comedic nature because of the seemingly dramatic yet actually futile problems that the individuals face. The romantic interactions of Emma, her friends, and her extended family drive the storyline, enhanced by the frequent misunderstandings, indecision, and heartbreak. Austen uses free and direct discourse, a third-person narration style, that moves into each character’s consciousness without speaking from the “I” perspective. Like most comedy genres, the plot ends in harmony, with all the characters finding their significant others and planning the weddings of their dreams. The three prevalent themes, duty towards loved ones, mannerism, and social rank, aid Austen in her storytelling process.

Emma has profound respect for her father and remains loyal to her companions. She expresses her disappointment at not having the convenience of Miss Taylor, her governess who has gotten engaged to an amiable Mr. Weston, being under the same roof. Trying to adjust to life without a friend of equal wit and humor, Emma finds Harriet Smith, a boarding school girl who has no records of her parentage. Looking back, Emma reflects, “Mrs. Weston was the object of a regard which had its basis in gratitude and esteem. Harriet would be loved as one to whom she could be useful.”(29) Although “useful” implies that Emma is using Harriet as a tool, their relationship proves not to be formed on bad intentions, as it develops deeper on an emotional level. Emma, being accustomed to having too much power, seems to delegate a specific purpose to everyone in her life despite possessing a genuinely kind heart. One can see her display filial piety when she considers the marriage proposal from Mr. George Knightly, but “a very short parley with her own heart produced the most solemn resolution of never quitting her father.” (507) Unlike many teenagers, Emma does not give in to spontaneity, as she knows that her father is hindered by his severe illness. Ever since the death of her mother, Emma has been taking care of Mr. Woodhouse and knows the right words to say that will soothe his temper. She does an excellent job in making sure that her father is healthy and happy, which translates positively in her friendships and other connections.

The men and women in Emma tend to act differently depending on their marital statuses. Emma complains during a conversation with Mr. Knightly about the behavior of Frank Churchill, stating, “There is safety in reserve, but no attraction. One cannot love a reserved person.” (236) As Emma fails to realize that Mr. Churchill is in love with Jane Fairfax, she assumes that all of his actions are meant to please bachelorettes. Emma implies that in order to find love, one has to put on a friendly and agreeable exterior despite that appearance being intentionally deceptive. From Emma’s perspective, this act is the defining sign of a gentleman. Furthermore, Emma believes she is “very much mistaken if [men] would not think [beauty and] temper [as] the highest claims a woman could possess.” (74) Despite breaking the social norms by not wanting to marry at a young age and relying on her own intelligence, Emma believes that appearance and personality are the two things men look for in wives. As she talks about Harriet and her quiet, obedient nature, Emma implies that men desire women who do not question them intellectually and conform to the idealistic standards of a worthy wife. However, as Emma still ends up with a man at the end of this novel, it is unclear as to what Austen wanted to portray by telling the story of a woman in the 19th century.

Furthermore, Emma places great emphasis on one’s social rank while failing to recognize the flaw in her value system. When evaluating Mr. Churchill upon their first meeting, Emma thinks, “He seemed by this connection between the families, quite to belong to her.” (140) Without getting to know him personally, Emma labels him as her equal based on Mr. Churchill’s parentage. The same pattern can be seen as Emma tells Harriet to turn down the marriage proposal from Robert Martin, a farmer, because she is “out of his league.” This mindset gets disapproval from Mr. Knightly, who is the only person in Emma’s life not afraid to question her stance, as he says, “If you were as much guided by nature in your estimate of men and women, and as little under the power of fancy and whim in your dealings with them...we might always think alike.” (116) Mr. Knightly reminds Emma that true love exists between Mr. Martin and Harriet, which is reason enough for them to live a happy life together. Emma, however, feels the need to find her companion a perfect match that will be approved by society, which is a main part of her thought process throughout the novel before finding utter happiness in her unexpected marriage with Mr. Knightly.

I thoroughly enjoyed this light-hearted novel full of twists and turns. The dramatic elements added to the novel and I would recommend this reading to mature audiences such as young adults. A main takeaway from Emma lies on the last few pages: “Time, you may be sure, will make one or the other of us think differently.” (551) As Emma realizes how her past perceptions differ greatly from reality, she learns to step out of her personal narrative to understand the scope of the world. I will live by this sentence to never make assumptions and know that only time can tell what the future holds. 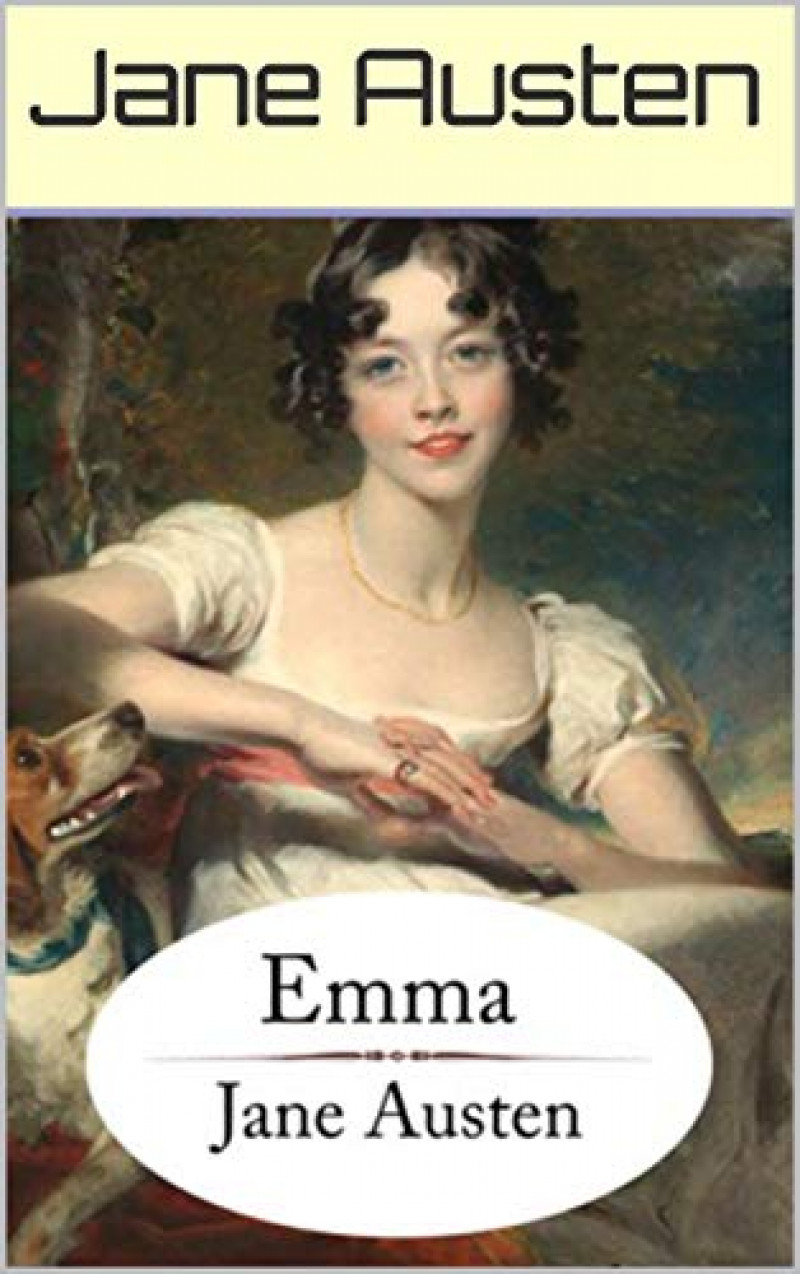