Review of Noodles and Company

The room was curved slightly, in an interesting walk down with brown tile and a sheer red carpet. The room was lightly dim, and brighter still with a pale cream yellow painted to follow the flow of the curvy room. The tables, a tan glossy wood with red booth seat, were cluttered with people laughing and smiling. Although crowded, there were still tables cluttered with napkins, cups and plates with half eaten food. Even if the colorful-lively essence of the room was the first thing I noticed, the half filled dishes sitting by empty chairs on the tables were the prominently noticeable things and the most disappointing. This could mean one of two things, and although unclear which of the two, it certainly meant something. After spotting the drink station, over flowing with dismantled cup lids and chopsticks, I passed through the crowd of chattering teenagers, and onto a setline of running children, frowning mothers, and overly excited pre-teens. A block of curved cherry wood - following the structure of the walls - placed into the middle of the foyer by the cashiers, put a clear balance on the line, and showed some order. The talking was easier to ignore as I looked upon the menu, and surprised that paper menus were set out to read in case the high lighted display was to hard to read. The menu its self was a light green and white; two relaxing colors for a place so lively. The food, being various as it was, had descriptions made to sound tasty and exquisite. Although it was no surprise to me, the amounts of choices were refreshing- dishes varying from macaroni and cheese all the way to Bangkok curry. Reading the significant dishes all placed into sections such as American or Asian guide the way to the taste of you choice. I find myself eager to approach the cashiers, knowing that salads and soups of my choice were waiting for the desire of my pink taste buds. The line was long, but the menu seemed worth waiting for. Once I approached the cashier, dressed all in black; wearing a t-shirt with a catchy saying sprawled across, the best thing I saw was a smile. Both cashiers were teenage girls, both pretty polite and sweet. Both held the talent of creating small conversation and laughs as they took one’s order. I found myself enjoying the short time of ordering my food, as the red headed cashier made witty remarks with smarting common sense and smiled throughout the difficult order that I preceded to explain. She never complained, and read back my order swiftly, making sure that every little detail was said. I took my plastic number, and headed to find a table to wait for my food. Although not exactly a sit down five star restaurant, it was not exactly considered fast food… but it was sure fast. It seemed I had been waiting less then seven minutes and my food appeared before me, steaming, and placed before with the cashier that I had had, A smile of course plastered upon her face. After reassuring the waitress that I had no need for anything else, I looked down at my food almost frightened to try it. It had taken so little time, and yet looked delicious. My mind couldn’t help but wander to the half full plates I had seen as I walked in. bravely, I picked up my clean shining fork, dipped it into the penne-Rosa pasta (a spicy dish, I had been told, that was recommended by the cashier) and carefully placed it against my tongue, beginning to chew. Before I explain to you how the food tasted, I must tell you about my mother. My mother, a petite French brunette, was my own personal famous chef in the kitchen of my house. Her pasta was homemade; crafted in such a way that not even a master could compare. I had never tasted anything relatively close to my mother’s pasta until the day I tasted the food in Noodles and Company. As I walked out that night, in the deep windy air, I sighed with relief. Although un-organized and slightly messy, Noodles and Company held great prospects. Their staff, amazingly bright and welcoming, the ambiance was lively and the food was like eating that of a cooking show. As my stomach grumbled, filled to the brim, I remembered my bowl sitting half full on the table as I got up to leave. 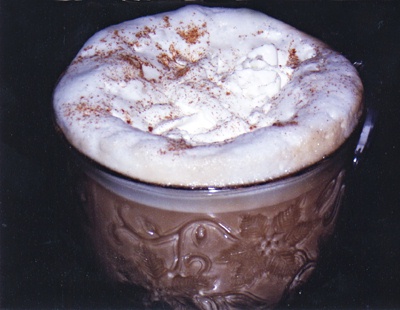