Favorite Quote:
"I would rather die of passion than of boredom."-Unknown

What are we supposed to do in life? Y.O.L.O? Hide in fear? live while we can or drown in our own self-sorrow? Yeah there's so much out there you don't want to face,and yeah there's so much out there that makes you want to quit, but that doesn't mean you should and that doesn't mean you shouldn't face what ever you couldn't before. What ever happened is a message. A message that tells us we shouldn't give up and we shouldn't dishonor ourselves for what happened. A message that tells us we don't have to be afraid anymore. It also tells us we should live our lives the fullest to show we didn't waste the opportunity. I know this because I've seen this and lived this. The people I've seen were torn and broken, had terrible pasts, or had lost a loved one. One thing in common all of us had was the feeling of being stuck and unable to move on. Some other people were angry at the way things were, while others were blinded by guilt or fault. All those things are understandable because it's human. It's human to feel, to show weakness, and accept the truth(well most of us, I mean). When we finally let go, we're stronger because we rely on each other. Most of you reading this, wouldn't agree with me , I get it, but we all have an opinion and this whole thing you read(if you made it this far) is mine. It's like those lyrics," What doesn't kill you makes you stronger, stand a little taller..."- What doesn't kill you by Kelly Clarkson. Kelly's lyrics are true and inspirational by opinion. A message is a message and there are plenty out there, so why don't you follow yours? 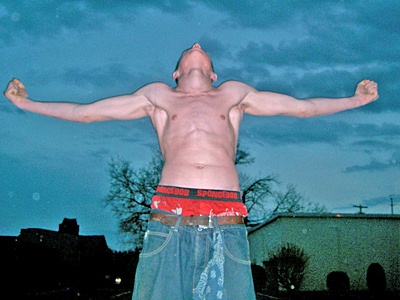 The author's comments:
This piece was inspired by train accident victim Austin Price.
Post a comment
Submit your own

View profile
False! Polio does most definetly not make you stronger!:P jkjkjkjkjkjkjk