A Different View of the Catholic Church | Teen Ink

A Different View of the Catholic Church

To many people the Catholic Church may seem like an obstruction to scientific progress, a hierarchical institution full of mysteries and secrets, or a breeding ground of corruption and scandal. Recently publicized crimes as well as infamous events of persecution seem to fuel this state of mind. However for over a billion others the Church serves as an ethical guide providing a clear path through an otherwise ambiguous moral existence.

The infamous story of the Church’s ruling against the Copernican view of the universe (Earth revolving around the sun) seems to trump any attempt at reconciliation. Of course, the Church is not without its own scientific contributions. The modern world indeed uses the Gregorian calendar (so named for Pope Gregory VII), which is a solar calendar created to correct the previously used Julian calendar. The Gregorian calendar was officially introduced in 1582, notably more than thirty years before the trial of Galileo. These reforms also lead to the creation of the Vatican Observatory, which exists today as a cutting edge research center that provides scientists around the world with valuable scientific data.

It would be a waste of time to dwell on ridiculous conspiracy theories such as those presented by Dan Brown or any other sensationalist writer. So let it be known that if ever you find yourself in a quandary as to what the Catholic Church teaches, or you become suspicious of certain accusations against the Church’s message, look no further for confirmation than the Church itself. Although it may seem like the Pope has some secret knowledge or privileged access to confidential documents, in actuality anything he can see is also within a lay person’s grasp. Church teaching is clearly outlined in the Catechism of the Catholic Church, not on some deceptive website claiming to know “the terrible truth about the Catholic Church” or some other fallacious nonsense.

When presented with events like the Spanish Inquisition, the violence against Protestants, or any other such persecution by the Catholic Church, it would be a crime to not also bring forth iniquities committed against the Church throughout the ages. The early Roman persecutions, the slaughter of Catholic priests and nuns during the French Revolution, and the massacre of Catholics by the Cossacks in Russia in the late nineteenth century are only a few events illustrating how Catholicism has also been a very much persecuted religion. Relentlessly scrutinizing history in an attempt to find fault with any such institution is a foolish endeavor, instead consider its practices in the modern world.

When regarding the present-day Catholic Church it is impossible to escape the widely criticized actions of the priests charged with child molestation. It is an atrocity to be sure, and one that will serve as a reminder of the sinfulness of even the most exalted men. It is also an atrocity to dismiss the morality of a vast number of charitable clergymen due to the crimes of a few. I myself trust my school priest with not only my life, but my very soul.

I am not Catholic, but that does not diminish my admiration for the faith and good works of the Catholics that I observe nearly every day. The Church itself has faults, as do all institutions created by men. It is important to remember however that the people of the church, and especially the clergy, make sacrifices not for their own benefit but for the good of all people. 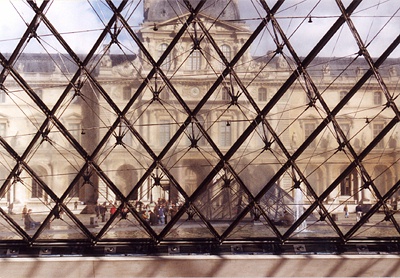 The author's comments:
I go to a Catholic School and I have Catholic friends. I'm tired of the Church getting such a bad rap.
Post a comment
Submit your own

Favorite Quote:
The best way to make your dreams come true is to wake up. - Unknown

Favorite Quote:
"People who think they are crazy enough to change the world usually end up being the ones who change it."

Favorite Quote:
"Things change. And friends leave. And life doesn’t stop for anybody."

View profile
The pope use to be a nazi, one of the popes or whatever got persicuted for molestation, yes church is the best :)