The Wonders of Social Media

When someone grumbles about how social media has ruined this generation, what should the response be? Honestly, the answer isn't black-and-white and it probably never will be. It's impossible to say that social media single handedly destroyed the current way we communicate but that doesn't necessarily mean that we should place social media on a golden pedestal.  Even if the answer isn't completely yes or no, social media has been beneficial to our ability to communicate because it has made long distance communication easier, made the spread of information faster, and increased the frequency of our connections.

Before social media became so prevalent in today's society, the only people you could communicate with were the people who worked with you, went to school with you, lived with you, or were in a friend group of yours. Of course there is always the option of packing up your family and moving, but then you would lose all of your friends in your current location. Nowadays I can communicate with virtually anyone with a phone. For example, as I prepare to do an exchange program to France, I can communicate with my French counterpart using Instagram to get to know him.  And then once I return home, I can still communicate with him whenever I want using multiple forms of social networking since it's impossible for us to speak face to face without some form of technology. Anyone with a phone or computer can have a social media profile and this opens up billions of people that you can have the ability to communicate with.

Along with helping global communications, social media has also made it possible for people to get to know people in their very own community that they otherwise would have never been in contact with. A study by ProCon showed that social media improved relationships online and offline since 69% of teens reported getting to know students at their school better, and 57% were using social networking sites to make new friends.

Not only has social media increased our range of communication thousands of miles, but is has decreased the rate that information travels all the way down to mere seconds. According to Jennifer Cox in her article "I Knew You Before I Met You", five-year-old cancer survivor Miles Scott "wanted nothing more that to ride with the Caped Crusader, Batman." This lead to the Make a Wish company having a campaign that lead to almost "12,000 people gathering to transform San Francisco into Gotham City for a day" to make Miles' wish come true. The people who found out about this Make a Wish project probably weren't sitting around scouring the internet for a meaningful project to help a young kid live his dream for a day. These people were checking their Facebook, Instagram, and Twitter feeds on their lunch break, before they went to bed, or simply out of boredom. In one day, there were 400,000 tweets and 21,000 Instagram photos that spread the news of Batkid and his day in Gotham City. Social media has made it possible for things such as the Make a Wish foundation to spread their message and continue to help people in life-or-death situations that would otherwise never have the opportunity of their dreams to come true in the short amount of time that is provided. Even more than just spreading the news of helping a child in need, social media has made it possible to broadcast information in the midst of chaos and danger. In the Colorado movie theater shooting in 2012, CNN reported that the Red Cross was asking witnesses of the shooting "to tell loved ones that they were OK over social media sites like Facebook and Twitter". Imagine if someone you loved told you they were going to the movie theater and an hour later you heard that there had been a shooting at that same theater. You could either know within minutes after the shooting whether or not they were okay through social media, or you could rush over to the movie theater in a frenzy (putting yourself in danger by driving recklessly) just to find your loved one, unharmed, heading to their car to come back to you. All this anxiety and extra danger can easily be avoided through the use of social media.

Many people want to ignore the positive facts and focus on the idea that social media has stripped people of social skills. First of all, most of us who connect over social media or some other nonverbal form of communication have had face-to-face contact and know when someone is joking or trying to be funny. If people are talking with strangers that they have never met in real life, then those dangers have nothing to do with social media. These dangers are more related to a persons use of common sense. Barry Wellman, a sociologist and director of NetLab at the University of Toronto, stated at the Political Networks Conference in Montreal that "Online communication – email, instant messaging, chat rooms, etc. – does not replace more traditional offline forms of contact – face-to-face and telephone. Instead, it adds on to them, increasing the overall volume of contact." What this means is that people who often communicate online tend to have just as many conversations in "real life" and the use of social media just increases the frequency of communication. People also say that online communication has stripped people of social skills since you can't see a person while you communicate with them. This may have been a problem in the past, but nowadays there are many sites where the communication is either face to face (such as Skype and Facetime) or there is an option of posting something via video. When people show their face and voice while communicating, it gives the listener a hint as to what the persons tone and mood is which is a crucial part of developing social skills. And even with 75% of teens being on some kind of social media site, 49% would rather speak in person according to the latest research report from Common Sense Media's Program for the Study of Children and Media. This backs up the statement Wellman gave that being on social media isn't replacing traditional offline forms of contact. 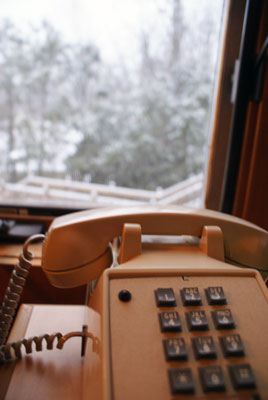