“In the first place, God made idiots. That was for practice. Then he made school boards.” (Mark Twain). The educational essay written by Jonathan Kozol titled “Still Separated, Still Unequal”, is much like the quote by Mark Twain. This essay shows how today’s’ school system is still separated and unequal according to a person’s skin color or race even though the court case of ‘Brown vs. Board of Education’ supposedly resolved this. Kozol’s essay is written particularly for educated students and adults in order to inform the reader that school systems of today are still separated and unequal. Kozol uses inductive reasoning along with logical development, other persuasive appeals, and rhetorical devices to develop his argument.

Jonathan Kozol uses reasoning or logic to prove that the school systems of today are separated and unequal for students based on the color of their skin or their race. An example of this is when the writer informs the reader of the exact percentages of students by race in schools across the country, “In Chicago 87% of public-school enrolment was black or Hispanic; less than 10% was white. In Washington D.C., 94% black or Hispanic; to less than 5% white. In New York City, nearly three quarters of the students were black or Hispanic.” (239-240). The use of pure facts instead of personal opinions makes this issue seem like a real problem instead of just one man’s opinion. Another way logic is used within this essay is when the writer shares a personal experience, “In a school I visited in the fall of 2004 in Kansas City, Missouri, for example, a document distributed to visitors reports that the school’s curriculum “addresses the needs of children from diverse backgrounds.”…I learned that 99.6 percent of students there were African American.” (242). In this use of logic, the writer uses facts to help the reader understand that there are areas of unequal and separated treatment within the school system of today.

Within this essay there are also uses of other persuasive appeals, including pathos and ethos. Pathos is used in this essay in order to link it with a reader’s emotions while ethos is used to show the writer’s moral character. Pathos is used when the writer speaks to a student of the Bronx, “Think of it this way,” said a sixteen-year-old girl. “If people in New York woke up one day and learned that we were gone…how would they feel?…I think they’d be relieved.” (424). This part of the essay is used to make the reader feel guilty that this girl lived in a society where she grew up feeling everyone did not care about her or others of her race. Both pathos and ethos are used when the writer speaks to a principal of a South Bronx school while they looking at a collapsed section of the ceiling, which was covered by a garbage bag, “This…would not happen to white children.” (244). The use of ethos affects the reader’s emotions and makes them want to help this school system.

The last rhetorical devices the writer uses are repetition, tone, and imagery. Repetition is used in this essay with sayings such as, “You’re ghetto…so we send you to the factory” and “You’re ghetto so you sew!” (253), in order to show how the school curriculum teaches students to underachieve. Tone is used within this essay to convey sorrow of these students’ situations. For example, when the writer speaks of a letter written by a girl named Elizabeth, “It is not fair that other kids have a garden and new things. But we don’t have that.” (243). The sadness used in this statement makes a reader feel bad for the child and want to rectify the problem of inequality. Imagery is used to describe how poorly school buildings are kept when the author describes a South Bronx school, “…a stream of water flowed down one of the main stairwells…green fungus molds were growing in the office.” (244).

“All men are created equal; it is only men themselves who place themselves above equality.” (David Allan Coe). In the same way, Jonathan Kozol’s essay shows how school systems of today still treat people differently according to the color of their skin or their race even though all men are the same regardless of these two differences. 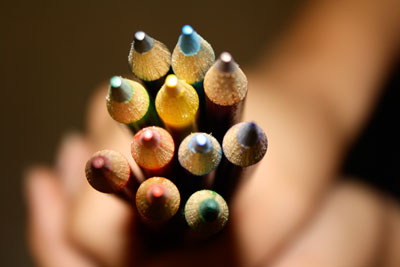