why SB1542 shouldn't have been passed | Teen Ink

why SB1542 shouldn't have been passed

Imagine you’re taking a test. You haven’t studied very well, because you didn’t know very much about what it was about. You had asked your friends and parents for help, but they didn’t know much either, and when you asked your teacher, she said, “Sorry kid, you’re on your own.” What would you think? How would you feel? Now, imagine it’s election day. You’re parents are just as well educated about the people running as you are, and let’s just say your kind of confused as to what each president is promising to do. You turned to the people who would know the most about it. The people who are paid to educate you, but because of some law, they were prohibited from telling you anything about it, because it might show a political bias. It is the duty and responsibility of the teachers of America to educate kids as much as possible, and to answer their questions. Some questions will undoubtedly bring in a personal opinion or two, but with bill SB 1542, that wouldn’t be able to happen, in fact, with bill SB 1542, teachers may even become afraid to answer questions, for fear of violating the law. The solution to this would be not to vote ‘yes’ for SB 1542! Why? Because it would infringe upon the education of American children, as well as cause them to be uninformed in politics, ultimately leading to a generation of uninformed and biased adults.

Can you imagine trying to teach the Civil War without a political bias? Or World War II? Any government class would be biased, just by the teachers political views, but with this bill passed, the teachers would be pretty much useless, as they would have to teach the Civil War, or World War II without showing any bias, and teaching a student government class would be almost impossible since even having the teacher discuss anything would create a bias. Teaching would change from telling the students what they need to know to succeed in life, to making sure you don’t impose your thoughts on the students, detracting from the educational part of the job, and replacing it with ten times the stress on teachers, and twice as little learning for students. It’s a lose-lose situation. Also, once the government gets into one thing, it has a tendency to dig deeper, make more rules, and expand its control, which would only benefit for the worse since the rule is pointless anyway, seeing as the schools already have rules in place for things like this, that fit the school. Trying to generalize something like this to the whole population will end up taking away the little freedom a Government Institution has left.

Even more dangerous is the effect it would have on the politics. Without a teacher being able to input his ideas, explain why things could be wrong or right, or talk about it, the students would be left to stereotypes, the media (which would be much more biased, and much less informed), and their own logical abilities and ideas, which would be influenced by friend, family, and their own political stereotypes, which would be gained at a young age. This would lead to a misinformed, highly-biased group of voters, who would be dangerous to the welfare of the country. This calamity wouldn’t just end there either, but continue on, as children would be influenced by their parents political stereotypes, until soon, elections would be a popularity contest, and nothing more. On the opposite end of the disaster-o-meter, lies another problem that could influence the country. Teachers are role-models to children, and if they have a fear to express their political beliefs, then students might take it the wrong way, and feel that having or showing political affiliation is bad, which would take out the most important part of the countries election process, and nullify the best part of the constitution. “We the people” The people. Without us, the country would fail, yet this bill could ruin our greatest strength by causing the youth, our soon-to-be voters, to believe that having a political affiliation is wrong. This, over time, could have terrible effects on our freedoms.

The proof has been given, and the logic is overwhelming, now, it is up to the senate to decide the fate of our school, our children, and our country. I believe this bill should receive a ‘no’ vote, as should you. The choice is yours. 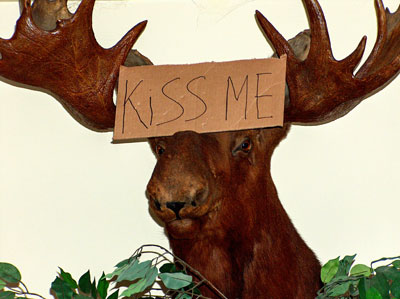 The author's comments:
This is something I wrote for english class, but my dad liked it, and that made me feel very pleased about it, so I decided to publish it.
Post a comment
Submit your own

MKimmi said...
on Feb. 26 2011 at 11:07 am
MKimmi, NY, New York
0 articles 0 photos 103 comments
View profile
I AGREE!!! And also, what's teh SB something bill, you should write wat it is incase someoen like me comes along and sees it....so I don't really get teh WHOLE point of this, except, include government bias! But either wya, good persuasion
Minderella PLATINUM said...
on Jul. 10 2010 at 5:29 pm
Minderella PLATINUM, Parker, Colorado
21 articles 0 photos 25 comments

Favorite Quote:
If I tell you I love you can I keep you forever? --Aww. From the movie Casper
Also:
If you live to be 100, I want to live to be 100 minus 1 day so I never have to live a day without you. --Aww again. Of course, that's Whinnie the Pooh for ya!

View profile
This is very persuasive and well-written; however, you should describe the bill a little more clearly so that you're not contradicting your point (people being uneducated about specific situations), even if the reader already knows all about it.  In any case, I completely agree with you.  Good job :)
Imaginedangerous PLATINUM said...
on Jun. 30 2010 at 7:35 pm
Imaginedangerous PLATINUM, Riverton, Utah
31 articles 0 photos 402 comments
View profile
I totally agree.