1st generation has popular groups like Seo Taiji and Boys, H.O.T., Shinhwa, g.o.d., and the solo artist PSY. 2nd generation has popular groups like, (it was tough to choose which groups because the later 3 gens have a LOT of great and popular groups) TVXQ, Super Junior, Big Bang, Girls' Generation, SHINee, 2NE1, and f(x). 3rd generation has groups like, (the very well-known) BTS, EXO, BtoB, EXID, Nu’est, Got7, Mamamoo, Red Velvet, Day6, Monsta X, Gfriend, Ikon, CLC, N.flying, Seventeen, Twice, BlackPink, NCT, A.C.E., and KARD. 4th generation has popular groups like Ateez, Loona, (G)I-dle, Stray Kids, Cherry Bullet, AB6ix, Oneus, Onewe, Itsy, Super M, Together X Tomorrow, aespa, ENHYPEN, P1Harmony, MCND, WEi, Weeekly, and Mirae(I suggest looking up some of theses groups they all make really good music). Lately, people tend to only know about 3rd and 4th Gen, because that is when K-pop really started to get popular not only in Korea but also in America. In the later years, K-pop started to get heavily influenced by America and the way that their music sounded, so early 2000s K-pop sounded like the early 2000’s American pop, which made it a lot easier to be listened to and get on the American charts. (Fun fact about Oneus and Onewe, there is a member in Oneus named Xion and there is a member in Onewe named Dong Myeong, the two are twins.)

The way that K-pop idols train is very unique to K-pop. They start by joining an entertainment label, like Big Hit which BTS is under, or SM which EXO is under, and start their time as trainees. They would have classes like dancing, singing, rapping, acting, and even classes about how to act as K-pop idols “should.” This training ends when the label says you can debut, there is no specific training time to it, you can train for 15 years as G.Soul did, 11 years like G-Dragon did, or train for a single day like Olivia Hye did. After they are done training they are finally ready to debut, whether they are a solo artist or a group they will have something called a Debut Stage, most commonly held on Mnet (a broadcasting channel), and that is the start to being a K-pop idol.

Now…. There are a LOT of things I could talk about with K-pop and a lot of negative, like, I could talk about how bad the K-pop industry and companies in the industry are. The K-pop industry has a very high beauty standard, the companies have almost complete control over the trainees’ life, K-pop has a huge problem with sasaengs who are pretty much insane stalkers “fans”(and they tend to do a lot of illegal things), there’s a lot of cultural appropriation mainly of Black and Muslim cultures that ends up happening (most of the time the company is at fault as they usually have all the control of the artist music and concepts, also in Korean they are not really “taught” about cultural appropriation like it is in America), and sometimes the companies having control leads the artist to go off and do things that are... not the best. One example of this is the Burning Sun Scandal (and probably the biggest scandal to ever happen in the K-pop industry), named after the bar where most of it went down. A basic (and quick) synopsis of what happened is: A lot of very famous idols like Seungri from Big Bang, Jung Joon Young, etc, were involved with a bar and group chat that was linked with allegations like sexual assault, prostitution, drug distribution, hidden camera footage, tax evasion, and police corruption. If you would like to know about that or want a more full story you can go to this link: billboard.com/music/music-news/burning-sun-scandal-timeline-seungri-jung-joon-young-8503818/ (Fair warning, you will get SO MAD while reading this.))

K-pop got really popular in the late 2010s with BTS, but it had been slowly making its way to fame. In 2013 the song ‘Gangnam Style’ by PSY came out, I’m pretty sure every single human, not even human, every living organism in America knew this song, it became the first music video to reach 1 billion views on YouTube. It later “broke” YouTube's play counter when it exceeded the then-maximum of 2.14 billion. But, not many people knew it was K-pop, even I learned that song was K-pop in 2019. Later that year PSY came out with ‘Gentleman’ which also got a lot of fame. Nowadays when you hear the word “K-pop” you probably think of BTS, the first-ever K-pop group to be nominated for a Grammy (I’m still salty that Ariana Grande and Lady Gaga beat them with their song when they really shouldn’t have, I still love them tho…), or Black Pink, the girl group who broke the record for 'Most viewed YouTube video in 24 hours', 'Most viewed music video on YouTube in 24 hours' and 'Most viewed YouTube music video in 24 hours by a K-pop group' for their music video for ‘How You Like That’, which garnered 86.3 million views on its first day. Which, as I’m writing this was broken again by BTS with their comeback ‘Butter’ on May 21st, 2021. K-pop really gained popularity in America in 2015-16-17, but mainly in 2017 when BTS came out with the song ‘Idol’, which got a lot of fans not only into BTS but also other groups and K-pop as a whole, with every BTS comeback and tour they gained more fans for K-pop. Nowadays more groups are known around the world, like Black Pink, NCT, Twice, or Stray Kids.

Seeing a lot of popular groups makes a lot of fans happy to see that K-pop is branching out and letting other parts of the world enjoy K-pop as much as them. This however makes people who do not like K-pop mad. I have a friend who hates on K-pop every time I mention it, saying that it all sounds the same and bad, etc, but that’s one of the things K-pop fans like about K-pop, it doesn’t. There are so many groups and so many different music styles each group has, even the same group will have different music styles in an album like, Enhypen has a song ‘Go Big Or Go Home’ which is a very upbeat song that makes you want to dance and on the same album (Dimension: Dilemma) they have a song called ‘Just A Little Bit’ an acoustic song that makes you want to lay down and chill to. K-pop is a lot more than just the music, it’s a lot more than the American music industry is and that’s why it got popular. 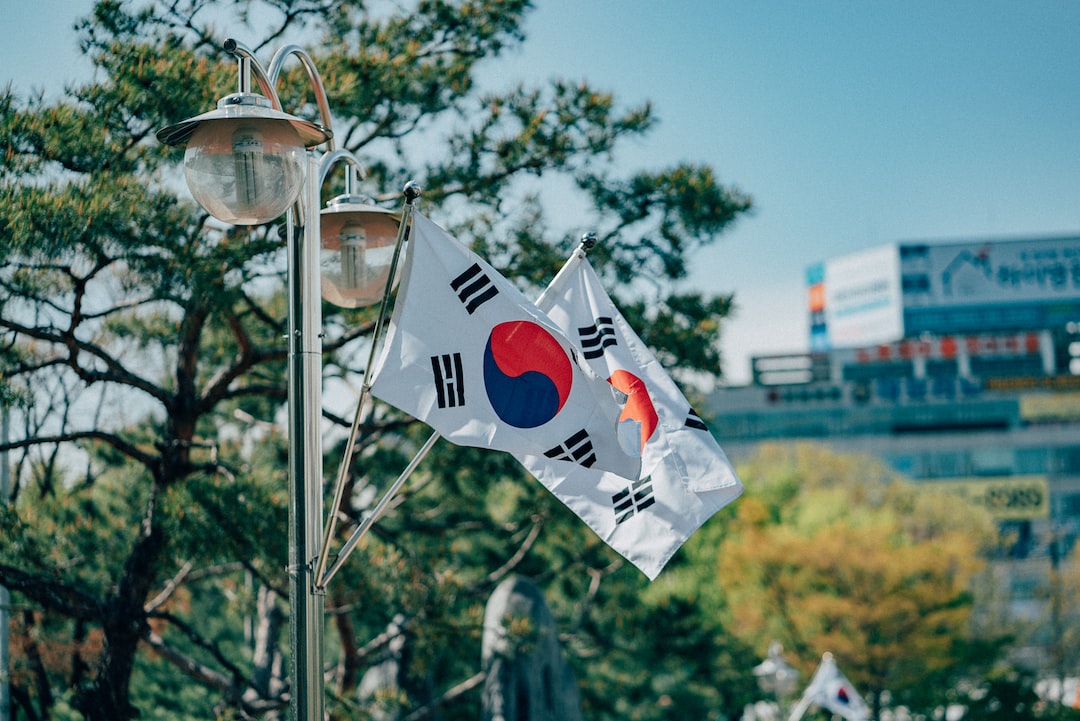 Photo by Daniel Bernard on Unsplash

A lot of people don't know about K-pop or hate it because they don't everything about it, so I wanted to talk about it!