Looking for a popular and intriguing show for your next Netflix binge? Stop your search and get into All American, a Netflix original that follows a South Crenshaw native, Spencer James, actor Daniel Ezra, as he moves to Beverly Hills to play football in the rich neighborhood. In addition to Spencer, there are many relatable high school characters that experience the dramatic ups and downs of life between South Crenshaw and Beverly Hills. Touching on important issues such as race, poverty, and gang violence, All American is a relevant and important watch.

Spencer James is a novice to life in Beverly Hills and he went through a lot of obstacles as he transitioned from life in South Crenshaw. Why this is a very rare situation I think there are ways many people can relate to it. The relation is that Spencer comes from a very impoverished neighborhood and he is going to school with a bunch of rich kids. He feels out of place and like he doesn’t fit in. Many people go through the same problem of feeling inferior to people who are wealthy. I think that is a constant issue for numerous people so it was important that All American recognized it.

There are countless controversial issues that are relevant in the show but a main one is the issue of gang violence amongst teens and in neighborhoods. All American dove into this topic deeply. It showed how many characters were affected by the impact of gangs in their neighborhood. Spencer’s best friend, Coop, actress Bre-Z,  was roped into a gang. Spencer tried to do whatever he could to get her out of that lifestyle. While trying to do that, people died and many hardships occurred. This was very important to see because many communities have gangs and unfortunately it is very easy for teenagers to get caught up in that lifestyle.

Overall, there were not many things that I disliked about this show. Sometimes it was difficult and scary to watch the show and see the violence and discrimnation that the characters experience. However, I think it was an important thing to watch because it shined a light on some very important issues and causes that numerous people are affected by today.

In conclusion, I recommend this show to people of the age 12 and older because there are so many lessons that can be learned in this show. It would be beneficial for people to see how they could help their communities or for people to just be aware of the injustices that go on in our world today. 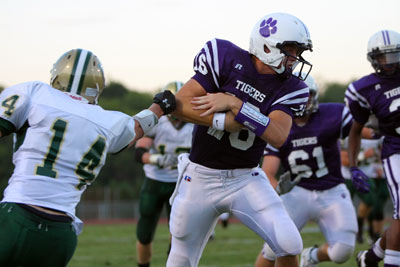