Are there Solutions to Climate Change? | Teen Ink

Are there Solutions to Climate Change?

So, how long have we exactly known about climate change? It turns out, quite a while. In 1980‒ over 40 years ago‒ the United Nations Environment Programme’s Governing Council “Expressed concern at the damage to the ozone layer and recommended measures to limit the production and use of chlorofluorocarbons F-11and F-12,” according to the United Nations website.

Of course, it wasn’t until 1997 that countries actually adopted the Kyoto Protocol, which aimed for industrialized countries to decrease their overall emissions by at least 5%. A step in the right direction, but even that wasn’t put into force until 2005. And yet that was still before I was born.

It has taken a while to get to the point where we are now. We now have a broader understanding of climate change, but the 16 years that have gone by haven’t come without effects. Climate change is worse than ever, with the effects becoming more and more frequent. That doesn’t mean all the blame has to go to the ones before us, though‒we do contribute greatly to the problem as well‒but it does mean that we have to work together.

Politicians and world leaders seemed to have signed so many agreements saying that we are going to reduce our carbon emissions. It is great to think that we’re going to actually do it, but the reality is that we might not.

There are ways to get there though. Of course, every little thing that anyone does to help conserve energy and natural resources counts. We are going to have changes in our life, and thankfully we’re still at the point where we can decide which changes are made. We can decide to change small things in our lives now such as less plastic and not running our cars. Small inconveniences, but would you rather have small things now or much bigger things later on? We don’t like giving up our lavish things, but the truth is that we’re going to have to end up sacrificing something.

As a bigger whole, though, what can we do? I used to think that there wasn’t really anything we could do on a large scale to help stop climate change. But I was actually wrong. Climate change is making us think, but really that is one of the things that humans do best.

Carbon pricing is an idea that is gaining popularity. At first glance, it may not sound good because the word pricing generally hints that you’re going to have to pay. Which, in the idea of carbon pricing, you would pay. However, in proposed bills such as the Energy Innovation and Carbon Dividend Act, you would also get money back for you to spend with no restrictions.

The way that carbon pricing works is that a price is put on fossil fuels like coal, oil, and gas. It starts low, and grows over time. This will drive down carbon pollution because energy companies, leading industries, and American consumers will move toward cleaner, cheaper options. The government doesn’t keep any of the money, and like I said before, households can spend it however they would like. Also, to protect U.S. manufacturers and jobs, imported goods will pay a border carbon adjustment, and goods exported from the United States will receive a refund.

It might sound a little complicated at first, but it’s just one of the solutions that we have for fighting climate change. We will face challenges ahead, but there are solutions, and that is very important to know. We can’t lose ourselves blaming the people before us, we can’t get sidetracked and lose focus, but most of all we can’t lose hope. 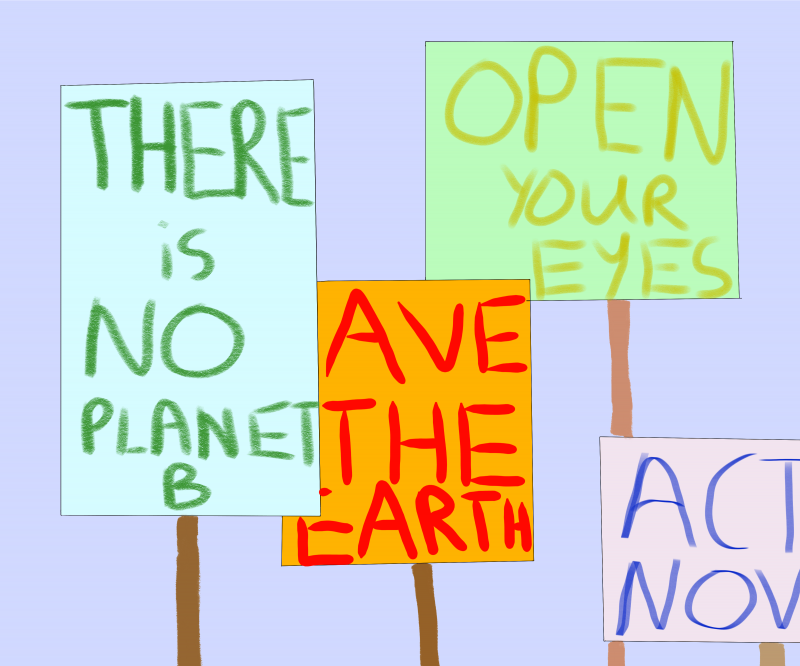 It is time for us to act against climate change! If you don't know how to take action, Citizens' Climate Lobby is a non-profit and non-partisan organization for all ages that promotes carbon pricing. We would welcome you!