Paul Brandt is a famous country singer who lives in Cochrane AB with a great view of the Rockies. He loved how the American show “Extreme House Makeover” was changing people’s lives for the better and had a similar idea about doing something like that. He got a call from a guy at CMT (Country Music Television) who asked if Paul would like to be involved in a project that gives the homeless homes. Paul now has the chance to do that in a made-in-Canada version of “Extreme House Makeover” called Build It Forward a documentary series on building homes for the homeless. They won’t be building monster homes for these people, but affordable, sustainable houses that will fit their new lifestyle. Paul Brandt is renowned for his charity work all around the world. He’s been to Africa, and most recently to Cambodia to build a church.
There is a twist, the recipients of the homes will be expected to pay it forward by helping to build a home for someone in a Third World country. Plans are underway for Haiti and Mexico. Many companies all around Canada have offered their support including Samaritan’s Purse, Calgary Homeless Foundation, with builders like Kohler, Stepper, Jayman, Baywest as well as companies like Husky Energy, and RBC. Paul felt overwhelmed by the support. Several local churches are offering to be on hand to provide additional community support for the families.


Connection to Globalization
Social: People seem to be attracted to this story because there are so many needy people in the world who need help. Their eyes are opened to the issues of homelessness. People in the church and other outreach programs will help the families move in and get used to their new lives. The effects on the previously homeless people, though, will be amazing. Our world is changing for the better as people are helping others.
Economic: The companies that offered support are donating large sums of money so that this project will be possible. Money that could have been used for capitalistic means is being given to an amazing charity that will help people.
Political: This is a Canada-based show that is helping homeless Canadians. It would be amazing if countries all over the world joined in and built homes for their homeless. Plus, Paul Brandt’s project has world-wide benefits, families in Third World countries like Mexico and Haiti will be receiving new homes, made by Canada’s previously homeless. The paying it forward just goes on and on. Hopefully it is contagious worldwide and catches on. 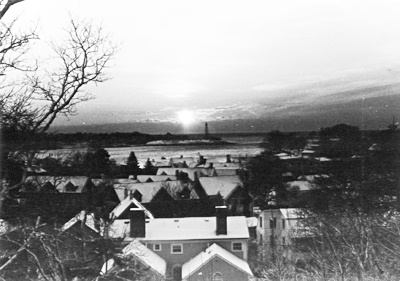