To Let the Grass Grow: The Debate on the Legalization of Marijuana Rages | Teen Ink

To Let the Grass Grow: The Debate on the Legalization of Marijuana Rages

Pot, weed, bud, grass, etc. All names for one illegal substance, its official name being marijuana, as it is grown from a marijuana plant. But with all these names, hasn’t it become easy to confuse what marijuana really is? Or take it for something it is not. As the debate rages on whether to legalize this popular drug among teenagers and adults alike, important people such as court officials are being forced to inspect and weigh the pros and cons of this tiny drug, but is it really for them to decide? Because the decision either to legalize weed or have it remain illegal will greatly affect the population either way, one could assume that the decision should be left in the hands of the public.

The official dictionary definition of marijuana says that it is the dried leaves and female flowers of the hemp plant, used in cigarette form as a narcotic or hallucinogen. This definition brings to light a cause to have marijuana legalized. Medical marijuana can be used to help “treat” a variety of illnesses, including anorexia nervosa, as it can induce an appetite, cancer for the same reason, as well as glaucoma, a disease that gradually decreases vision. If marijuana was legalized, the ease of testing the benefits of marijuana on other diseases would increase, essentially helping to better the treatment of patients suffering from all manner of things.

However, with the legalization of marijuana, my mind almost subconsciously drifts back to the lyrics of a classic Tool song, sung melodiously by Maynard Keenan in the fittingly titled song “The Pot” chanting at one point “you must have been high, you must have been high, you must have been high” Getting “high” is the main public use of the drug, as most teenagers have no use for medical marijuana. There are all manner of ways to get the hallucinogenic effects of pot, ranging from smoking it straight, rolled up in a joint or blunt, burned in a bong, a bowl, or even be smoked in an apple bong, self explanatorily fashioned out of an apple. The effects of being high from weed can range depending on the strength of the weed, as well if the smoker inhales enough of the smoke. Most adult non users constantly fight for their teens to be “above the influence” as being high can cause impaired judgment, a loss of brain cells, and most pressing to these parents: the mucnhies! Yes, because in today’s society all anyone worries about is obesity…But what most adult non users fail to see is that there is a whole world of legal products that do far much more harm to teenagers all over the world. Alcohol has been legal since the end of prohibition in 1933, and has been openly available for sale for those 21 and older. The adults who so vehemently oppose weed seem to overlook the fact that over consumption of alcohol can destroy far more brain cells than weed, and it can cause violent drunken rages, among other unpleasant experiences which make weed seem harmless. The same goes for cigarettes and other tobacco products, which are laced with a menagerie of harmful chemicals purposely placed there by the tobacco manufacturing companies. Both cigarettes and alcohol also possesses an additional negative that people tend to wrongly put place weed in the category with: addiction. Cigarettes and booze are extremely addicting and they are both physically and mentally addicting, which in the end means the user will get hooked. Weed is commonly grouped with these forces, yet it is far less addictive than either of the two. With frequent usage people can be labeled a “pot head,” simply because they tend to enjoy the feelings of relaxation and other more giddy effects of weed. However, there is no physical addiction to marijuana, and someone could stop smoking one day with no withdrawal effects. Additionally, weed can be bought on the street from strangers which increases adults fears that we’ll get wrapped up in harder drugs, however, with the legalization of marijuana, it would eliminate these shady characters, and weed would most likely be sold in normal convenience stores, taxed like every other tobacco product, and teens would be forced to sketchily ask an adult to purchase it for them, just as is the protocol for purchasing cigarettes underage. On a higher scheme of things, the taxation of marijuana would wholly benefit the government, and soon enough marijuana would become a cash product, sitting pretty right next to tobacco plants. This potential is probably in the forefront of the minds of officials, and it makes the legalization of marijuana far more tempting.

What adults fail to see is that in general weed can also be purchased from neighbors, a regular dealer at school, and most steady smokers have someone in their immediate friend circle that can provide the weed. Which brings up another point, one that will surely be overlooked by many court officials: can weed be seen as a social activity, bringing young people together? Although the act of smoking is far less constructive than joining a sport, the bonding between the “members” is still the same, and although adults might not approve of the friends made, smokers are not working for the devil, nor should be thought of that way. Friends on a team or friends in the park, people are the same. However, this aspect of the debate will go virtually unconsidered.

I am not at all condoning the act of smoking marijuana, nor will voice whether I am a smoker myself. Whether I am or not, I still believe that there are far more pro’s and con’s to legalizing this tiny and so controversial drug, and these need to be better brought to light. Personally, I feel that the legalization of marijuana won’t cause any additional harm, and it is most likely something that will become so common and normal there won’t be a second thought to seeing a bag of grass. Before a decision is made there will be a great deal of tension from both the supporters and non supporters, but I can’t help but think much too much energy is being spent on a drug that is more natural than half the food we eat. 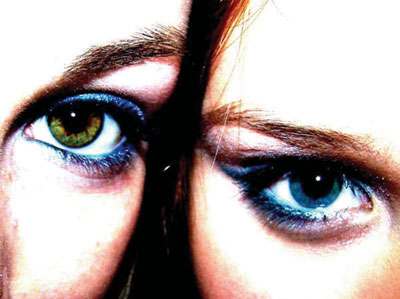 The author's comments:
I wrote this to voice my own opinion on the marijuana debate. There are so many unrecognized reasons to support the legalization of marijuana, and in this I brought to light the points I believe are most important.
Post a comment
Submit your own

View profile
Funny, informative, and well written. Love your article. As for my opinion, I basically think that so far only Holland is doing it right (on the gay marriage and marijuana legalization front).