Ego is man’s biggest enemy. It destroys us creeps down our brains, spreads into our veins, our very soul… it torments us and tortures our being… it makes us cruel, it so much as diminishes the already thin line between good and bad.
How many of us have the heart to feed a poor one, let alone giving him shelter? How many of us would rather spend our birthday partying rather than making someone’s life worthwhile? How many hearts out there would quiver with angst at the sight of a father with a young child clinging on to his chest, sleeping on the railway platform?
Who chooses a life like that?
Why do we deserve to lead a comfortable life and them, to rot in a house barely standing on a couple of bamboo sticks for walls?
What have we done, to be born in a family where we are able to afford a living and they have to crawl their way out of misery?
Why is it them who suffer?
Imagine yourself to be the one born poor. Imagine yourself to be working day and night in a coal mine to earn a small, not to mention stale piece and bread for dinner. Imagine yourself to lead a life that millions out there are living.
Become a good person. Help someone. Save him from falling deep down into this massive blackhole that this society of ours has created. Save him from being a subject of utter ridicule and mockery; from being exposed naked to raw injustice; from being a tool for quenching someone's thirst...
The smile that would light up his face will surely illuminate your life as well. His tears of joy will have your heart swelling up too. His blessings will be with you till the very end.
Go on. Don’t hesitate.
Don’t hesitate for this is the purpose of your living.
To be human. 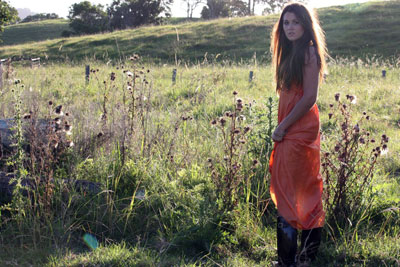 The author's comments:
Just a random thought that i wanted to put into words for a very long time..
Post a comment
Submit your own

haha yeah aderes18.. science does explain mental illnessess...  but does it explain why some people are mean to the others? does it explain the terror instinct that ORIGINALLY drove people to so much as kill?

It does explain obsessiveness, no wonder.

But what it doesn't explain is the failure to understand the needs of a basic human.