Stand With Me | Teen Ink

Do you want to really change America? I do. But unlike the liberals,I want REAL change. Not the kind we were promised in 2008. I want lower taxes. I want smaller, limited government. I want a President that understands the needs of the PEOPLE. I want a Presiden that does not apologize for the country. I want a President that loves America and wants to see her prosper. If you think that President is Obama, you are sadly mistaken. I know that it takes time to fix the problems in a country, and it is not an easy job,but that is not what I have against our President. What I have against our President, is that for one, he can't speak without a teleprompter. He even uses one for staff meetings. Two: he apologizes for America. The land that our family memebers and friends, who are serving in the war, are fighting and dying for. Three: He spends our money in ridiculous ways. He acts as if he can have whatever he wants, whenever he wants, and we have to pay for it. Four: He became President, and no one has seen his birth certificate. You can't even get your permit without showing your birth certificate! Five: His name is not Barack Obama. His name is Bourak Obama. Bourak is a name, given to Moslem extremists' children. Nice, huh? The list goes on and on. I'm glad that the conservatives recently won most of the elections this past week, and they had better do something, or else they'll be voted out too. But 2012 is the year I'm worried about. I know you should be able to count on the American people to do the right thing, but people can surprise you. I hope that, through all of this, the American people will wake up and realize what this country needs. I personally, would LOVE to see Sarah Palin elected in 2012. You know why? Because she is a REAL person. She has reached the point she is at through hard work. She's honest. She doesn't want politics to be a lifetime job. But most of all, SHE DOESN"T WANT TO BE PRESIDENT. If you read her book, Going Rogue, she tells how she really feels. She never wanted to be a politician, but she realized the only way to have something done was to do it herself. Please, stand with me on this. ELECT SARAH PALIN 2012! 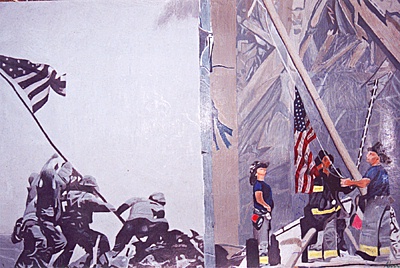 View profile
Let me insert something here.....AnneOnnimous, when you say "a being which has never been proven to exist" do you mean God?
AnneOnnimous BRONZE said...
on Nov. 23 2010 at 4:32 pm
AnneOnnimous BRONZE, Peterborough Ontario, Other
3 articles 0 photos 146 comments

Favorite Quote:
"Saying 'I notice you're a nerd' is like saying, 'Hey, I notice that you'd rather be intelligent than be stupid, that you'd rather be thoughtful than be vapid, that you believe that there are things that matter more than the arrest record of Lindsay Lohan. Why is that?' In fact, it seems to me that most contemporary insults are pretty lame. Even 'lame' is kind of lame. Saying 'You're lame' is like saying 'You walk with a limp.' Yeah, whatever, so does 50 Cent, and he's done all right for himself."
— John Green

But threefiddy, isn't it more worthwhile to support a good cause like the environment, than to support a being which has never been proven to exist?

Also, I wonder why you think that nobel intent is overrated- what do you have against wanting to win a prestigious prize?

I agree with you except the point of Obama being a M.uslim. He is not a M.uslim. Even if he were a M.uslim, it would be irrevelant. I would much rather have a conservative M.uslim over a liberal C.hristian (or in my case, J.ew).

What is also important to remember is that Obama's true faith is not in C.hristian dogma, but in Leftism. Leftism is a quasai, secular religion. They create human Gods, such as the environment, governments, and the "middle-class". Liberals say to represent and stand for the welfare of the "middle-class", while at the same time, they raise their taxes, induce regulation which causes economic dislocations, they legislate environmental laws based on false science which lead to higher energy and food prices.

Although I believe liberals conduct themselves and their ideology with sincerety, it does not make it any less destructive to the prospect of individual liberty and economies. I believe that nobel intent is vastly overrated.