Fame: We All Want It | Teen Ink

Fame: We All Want It

Favorite Quote:
"Everyone wants to be happy and nobody wants to be in pain, but you can have the rainbow without any rain."

For years, people all over the world have been going to great lengths to achieve those fifteen minutes of fame. We all see it every day; people shamelessly putting themselves all over YouTube for a few hundred measly comments, people creating ridiculous stories to get in the spotlight, and even exploiting their children to be laughed at throughout cyberspace. You may notice that the internet has become the fastest way to get famous for a brief time. You may see Myspace.com’s girls with 10,000+ friends they don’t know and probably never will, trying to make a name for themselves. So many teens in America are craving fame; but not only teens have this thirst for the spot-light, many adults worldwide are going great lengths to get famous.

People eighteen years and older have been throwing themselves into the reality dating TV category. Many competing shamelessly for “love”, and not only to get that special semi-famous celebrity to notice them, but the world. MTV and VH1 have produced, “Flavor of Love,” “I Love New York,” “A Shot of Love with Tila Tequila,” “A Double Shot of Love” with the Ikki twins, “Rock of Love” with Bret Michaels, and many more. These shows have resulted in making more infamous “celebrities” then the world needs; yet so many people tune in every week to watch the "mantrums" and catfights, the cocky attitudes and bleach blonde hair. Many people from a wide range of age, race, and talent, try to make a name for themselves on shows like American Idol. We all watch them in the auditions; the ones that show up in a funny outfit and crappy singing. You might remember them for a few days, but then the memory of their funny act fades away into a distant memory. They did it for the few minutes of millions of viewers watching and laughing at them; but what did they really get out of it? The attention they craved, that’s it. But, what will they do next? Nothing.

I think that deep down we all want fame, or at least more attention. That may be why now, more than ever, girls and boys on Myspace.com and many other social networking websites have been adding thousands of strangers to raise their friend count, picture comments, and popularity. I have a few of these girls as friends, and many of them seem to always want something from their many friends. They might say one day, “I really need a favor, someone help me?” Odds are, at least one person out of her 100,000 friends could help her out. They call themselves famous, even though you wouldn’t know their name if it came up in conversation. But in their mind, because of the hundreds of emails and photo comments they get each day, they are famous. Not only on myspace.com has this new craze, but I have been noticing it on Facebook.com and of course Twitter.com. Many of the people doing the excessive adding are aspiring models, actresses, musicians, and artists. The most famous and infamous MySpace users use their MySpace fame to try and become famous in the real world.

A while back, I saw a video on YouTube that just blew my mind. It was an exposed hoax that happened sometime in the 1990’s. It was a Lebanese girl who claimed she produced 7-8 crystals from her eyes each day. In the video, which was an interview, the girl’s father pulled on her bottom eyelid, and out popped a crystal. This was exposed as a hoax, when someone duplicated the action by tucking a small crystal in a pocket next to her eye, and pulling on her eyelid forcing it out. Although I was disappointed to hear it wasn’t real, it is shocking how far her father went to get noticed and to get that time in the spotlight. Things like this are happening a lot lately. It relates to kid beauty pageants. You always see the kids kicking and screaming, and the parent’s saying things like “When she says she doesn’t want to do it anymore, I will let her stop.” When does little kids screaming “Mommy, I don’t wanna!” count as that? It seems the parents want the attention all for themselves. Apparently, having a pageant winning daughter makes you look good.
Maybe, we should take a look at people like Nadya Suleman, also known as “Octomom”. She claims she didn’t add to her struggling family of 6 kids, 8 new babies on purpose; but that’s not what it looks like. Any family that has large amounts of children has been getting a lot of attention from the media lately. Shows like “Jon & Kate Plus 8”, “18 Kids and Counting”, and other TV series have been exploiting kids as young birth. It may be too early for many of the children on those shows to be exposed to the media world with Paparazzi and fakes just trying to get a piece of the fame.
Not only is it wrong to exploit your children to gain those few “fans”, but people are growing more and more tired of the rise of the big families that want to bank in on their family. An example of this rise then decline is TLC’s once very popular TV show Jon & Kate Plus 8. Following the very public affair and now legal separation, the show’s ratings have plummeted down like an asteroid from space. Yet, so many people tuned in to see their seperation announcment. The reason for the declined ratings; America likes to see happy families, not infidel, not families that seem to only want the fame. In many recent episodes, the children seem noticeably less happy.


Teenagers in towns large and small across the country, typically boys, have been duplicating stunts off of popular show s like “Jackass.” Many of them, although they may not realize it, attempt to do so with the inner need for attention, and attention leads to fame. I hear stories about the kind of “thrill seekers” in my county. The most common time people outside their town hear about them, is when they get hurt; some of the stunts even end in death.

Internet fame is becoming harder to obtain, but when you do get it, it happens over night. My favorite internet stars, happen to be more infamous than not. Chris Crocker is one of those YouTubers that we all love to hate. He has discovered that in order to stand out and get noticed, you have to be controversial; you have to say things you know people will hate, and you have to go against the average opinions to raise enough heads to get your time in the spotlight.

We all want the attention and fame that many have done so many shameful acts to get, even if we won’t admit it. It starts as early as grade school, when you want to get enough attention to be a part of the in-crowd; and it continues. It leads to girls wanting to go on shows like “My Super Sweet 16” or “American Idol.” Even as many people go into adulthood, their crave for fame does not end. In a world ruled by the media, how could we not want it? 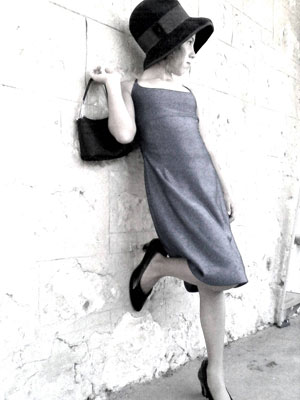 View profile
I agree with you whole heartedly. You see people, every day, who want to be noticed, stand out just to fit in in this fame craving world we live in. I'm impressed by the insight you've shown.
Stephie GOLD said...
on Apr. 24 2010 at 9:41 am
Stephie GOLD, Joliet, Illinois
10 articles 0 photos 14 comments
View profile
This is a really great article. It is amazing what people will do to be famous!
AnimalsRules23 said...
on Apr. 24 2010 at 8:25 am
Well first I would like to thank you for taking the time to express your opinion. And secondly, your article makes me feel like I am not alone on this issue. It seems whenever I bring up this topic to my friends they return it with a twisted face. They think I am crazy that I do not want my '15 seconds of fame'. Excellent!
Electricity PLATINUM said...
on Oct. 30 2009 at 2:00 pm
Electricity PLATINUM, Bradenton, Florida
30 articles 0 photos 271 comments
View profile
I like this article. You're right about many people seeking their "fifteen minutes of fame". Great job, keep writing!
Lillian GOLD said...
on Sep. 16 2009 at 6:51 pm
Lillian GOLD, Pittsfield, Massachusetts
11 articles 0 photos 15 comments
View profile
I dont particularly like the way in which you choose to antagonize a select group of 'fame seekers', and lightly breathe out the name of a few others (just as you did with Chris Crocker, saying you actually enjoy him).

Who knows how these particular shows came about, and the fine line of exploiting your children.

This arcticle just doesn't really cut it for me, not enough evidence or philosophy to think about.

But nicely written and truly made me think about the main concept.